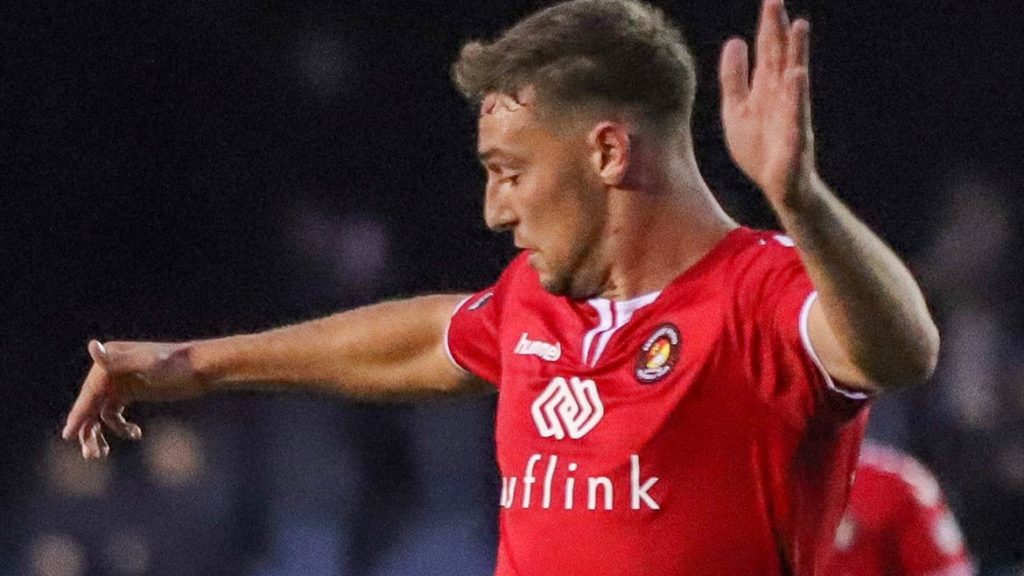 The first goal’s key for us

Fleet’s on-loan defender Tyler Cordner believes his side must get that first goal in games as playing catch-up across 90 minutes is costing them dear.

The AFC Bournemouth centre-back, who has played all seven games since signing in early September, made several crucial interceptions to halt Harrogate in their tracks, but the home side nonetheless ran out 2-0 winners.

“We’ve been saying about getting the first goal because that’s key in this league,” he told BBC Radio Kent’s Mark German. “As soon as a team gets a goal then the fans are behind them and normally they go on to win. There’s not many comebacks in this league.”

Equally, going behind hasn’t helped the cause either and Cordner felt Fleet were punished for mistakes and a little bit of bad luck.

“I think the first goal came from a mistake that we analysed in the changing room at half-time,” he said. “We were saying about dropping in and doing the hard work first before we go forward. Second half then and we didn’t track our runners. Then with a bit of luck they got the second goal and it was a hefty deflection that gave them a 2-0 lead and it was always going be hard to come back from.

“But I think we definitely deserved something from the game, especially the last 35 minutes of the second half. We’ve had quite a lot of shots on goal, we just didn’t test the keeper enough today.

“I thought we were on top when they caught us on the counterattack a couple of times, but I think that was where we were chasing the game 2-0 down and the result doesn’t reflect on that.”

One of the chances Fleet did have came from Frankie Sutherland just before Harrogate’s second and that might have changed the complexion of the game.

“I thought Frankie’s [shot] went in,” said Cordner. “I was already celebrating. After that and when they were countering, I just knew it wasn’t going to be our day. It just didn’t fall for us and that’s been the highlight of a lot of games for us this season. We just haven’t been able to put the ball in the back of the net.”

“It’s going to be hard, we’re in a battle and we know that,” he said. “But we’ve got to take it game by game and dig out a result, try and score some goals. We’re back in training Monday and then we’ve got a game Tuesday against Torquay so that’ll be a good one. Hopefully results will start coming our way.

“We can’t look too much at the negatives because we know we’re in a battle, focusing on those will not serve us for the next couple of games. We’ve got to go in positive and hopefully get three points. Our last home game we beat Barnet 3-0 so hopefully we can build on that wit our home form.

Ed Miller has been Ebbsfleet United's communications manager and programme editor since 2014 and responsible for the club website since 2007. Contact him on ed.miller@eufc.co.uk
PrevPreviousFleet must get something from home clashes
NextCards drawn in CupNext