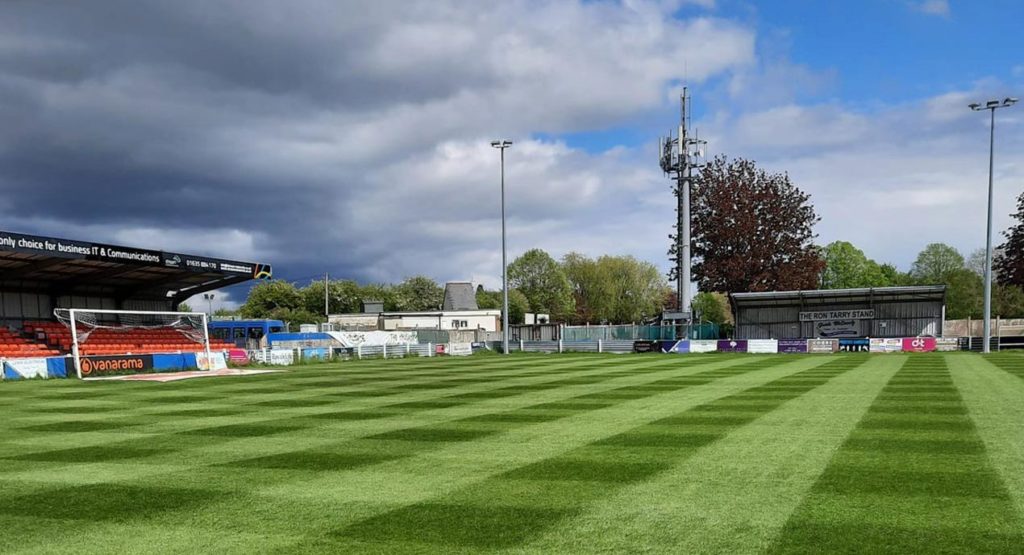 No lack of hunger on Fleet’s return to league action

The past seven days surely illustrate the sharp contrasts in football, with Fleet playing at the 10,000-capacity Breyer Group Stadium one week and then in front of an average 400 crowd at Hungerford Town’s Bulpit Lane the next.

And the focus on the return to National League South action will be crucial for the Fleet after last weekend’s Emirates FA Cup exit. Not that the squad will need any refocusing – the players and management were as one in declaring that the cup disappointment must be channelled properly, and that means picking up league form where they left off against Braintree Town.

Dennis Kutrieb’s selection headaches haven’t gone away, though, with the return of Christian N’Guessan to the squad last week at Leyton Orient, while Adam Mekki could be witnessed pre-match getting some yards under his belt. That all bolsters Kutrieb’s available numbers, with only Will Wood definitely on the sidelines as he serves the remainder of his suspension.

This is Fleet’s first visit – and only our second ever – to Bulpit Lane since our last promotion season of 2016/17, when a Charlie Sheringham goal earned a point in a 1-1 draw.

The Crusaders were newly promoted that season and have defied the odds to remain in the division. They earned sixth place in that debut campaign but since then have been fortunate to avoid the drop, with two 19th place finishes and then they sat bottom of the table when Covid intervened and relegation was halted.

Under the careful stewardship of manager Danny Robinson and the club’s owners, however, Hungerford were the surprise package last season, leading the division for a spell. They eventually settled for a place inside the play-offs, one position ahead of the Fleet, when the season was terminated.

And this season, the Crusaders are proving that was no lucky thing. Had they won in midweek, they would have gone second in the league after an indifferent start of two wins from the first six games. Notable scalps so far this season include Dorking Wanderers and Maidstone United, while Tuesday’s defeat to Hemel was their first reverse in six league matches.

Their most important player remains ex-MK Dons and Yeovil striker Ryan Seager who has scored 10 goals in 12 games to add to the 14 he managed last season. Fleet will also have to keep an eye on big midfielder Simo Mbonkwi who like Dominic Poleon scored a hat-trick on the opening day of the season and has just returned from injury.

Hungerford’s home form (two wins out of six) is not quite as strong as on their travels this season where they have secured four wins but they have beaten Kent opposition in Maidstone on home soil and pushed Bromley all the way in a narrow defeat in the FA Cup. They have also held Havant & Waterlooville to a draw at Bulpit Lane, a ground that is seeing gates edge ever higher, the 529 v Maidstone the highest league attendance there so far this season.

While Hungerford missed the opportunity for second place on Tuesday, they will be aiming for it again and a home win could see them clinch that position come 4.45pm. With St Albans City having their weekend off duty, the opportunity is there for the Fleet, too, with three points also potentially taking Kutrieb’s side into second place.

Both clubs will be taking part in an act of remembrance prior to kick-off, including the playing of the Last Post, a minute’s silence and the laying of wreaths on the centre circle.

There is free parking for supporters at the nearby John O’Gaunt Secondary School but Fleet supporters should avoid parking in the residential areas around the ground.

Tickets can be bought in advance from Hungerford’s website, including their ‘4 For A Score’ offer which includes matchday ticket, programme, drink and food.

Ed Miller has been Ebbsfleet United's communications manager and programme editor since 2014 and responsible for the club website since 2007. Contact him on ed.miller@eufc.co.uk
PrevPreviousFleet boss wins monthly award
NextHungerford Town 3-4 FleetNext