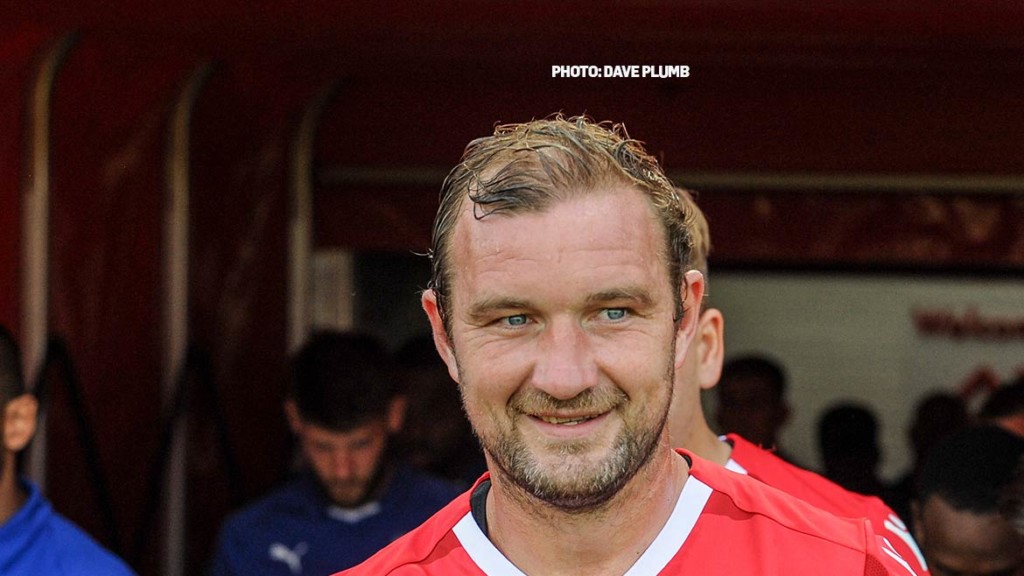 It was an unchanged Fleet once again versus an Eastleigh side with an injury to goalkeeper Graham Stack and striker Ben Williamson and Andy Hessenthaler’s side could only name three substitutes.

Eastleigh, buoyed by their win at Dover, were confident early on and looking to make home advantage count. They were almost given that advantage when Nathan Ashmore slipped in the box going for a routine pickup but managed to fall on the right side of the ball to gather it before Paul McCallum could capitalise.

As Ashmore went to take the kick out, former Maidstone defender Alex Wynter tripped him from behind to earn himself a yellow card that would prove costly.

Fleet threatened to stamp their authority on the game as Andy Drury began to dictate in midfield but before the visitors could overwhelm Eastleigh, the hosts carved out some great chances.

On the quarter-hour, a free-kick saw Mark Yeates and Danny Hollands exchange a couple of short passes before a sweeping cross out to James Constable saw the striker loose off a fine shot that smashed off the underside of the bar, bounced on the line and away from the goal to Fleet’s great relief.

Eastleigh thought they had it in the net again minutes later. Dean Rance’s foul out wide on Yeates almost proved expensive when a deft free-kick found Paul McCallum at the near post and he guided a low shot underneath Ashmore but the goal was chalked off for offside.

McCallum and Ashmore went head to head again on 26 minutes when Hollands’ ball over the top landed kindly for the Eastleigh striker who was through on goal but blocked by Ashmore coming out of his box.

Ebou Adams was next to see yellow when he challenged Flitney with a high boot but despite the goalkeeper’s sporting bid in support of the Fleet midfielder’s innocence, referee Lloyd Wood was unmoved and produced a card.

The referee was reaching for a different colour of card on 32 minutes. As Corey Whitely made to break down the right, Wynter felled him unnecessarily. On a yellow already, many referees might have had a quiet word but Mr Wood had no hesitation in sending the defender off for a second bookable offence.

The visitors immediately went for the jugular and some neat approach play resulted in Sam Magri’s pass to Kedwell for a powerful drive that was blocked by a defender in the six-yard box.

Kedwell had another sniff four minutes before half-time when the ball pinged around the Eastleigh box but the No.9 made no mistake as time added on beckoned. Rance was the provider into Kedwell’s feet and in typical style, the 35-year-old made some space, turned and waited for Flitney to commit before sending a shot into the gap for the opening goal.

It changed the game with Eastleigh having to come out and play in the second half and Fleet initially looked to make their extra man count. Adams was withdrawn for Luke Coulson, with McMahon worried that the referee might even things up in terms of cards. Coulson got a shot away at Flitney on 53 minutes and Weston and Kedwell saw chances blocked.

But Eastleigh probed for an opening and McCallum hit the side netting with a powerful shot and then saw Ashmore save at his feet in the six-yard box before Drury sent a looping clearance over his own upright.

Coulson had another great chance on 64 minutes when a ball wide found Whitely, he held play up, cut inside to supply his teammate and Coulson’s shot was again well met by Flitney. Five minutes later, Magri drove into the box and teed up a chance for Drury but he was leaning back and his shot went high from a great position.

Chances came and went. Coulson was up again, getting the ball round Flitney only to hit the woodwork and as the game edged towards the last 20 minutes, Eastleigh really grasped the nettle. A ball down the right opened up the Fleet and Yeates did well to find space, hitting the target but Ashmore saved well.

Jack King’s head got in the way of Constable’s goalbound shot with scrappy play and occasionally casual surrendering of possession inviting pressure on to the Fleet. Chris Bush was introduced to shore up the defence but still the home side pressed. Yeates tried to lob Ashmore from outside the box and wasn’t far off the target and his team forced a couple more corners as Fleet remained penned in their own third.

At the other end, an excellent pass to Drury by substitute Jack Powell was well read by Flitney and Fleet then managed to collect their selves as the final five minutes approached, starving the Spitfires of possession to take home the three points.

Ed Miller has been Ebbsfleet United's communications manager and programme editor since 2014 and responsible for the club website since 2007. Contact him on ed.miller@eufc.co.uk
PrevPreviousLaid-back Shields saving celebrations for later
NextIt could have been easier but a great weekend, says Fleet bossNext