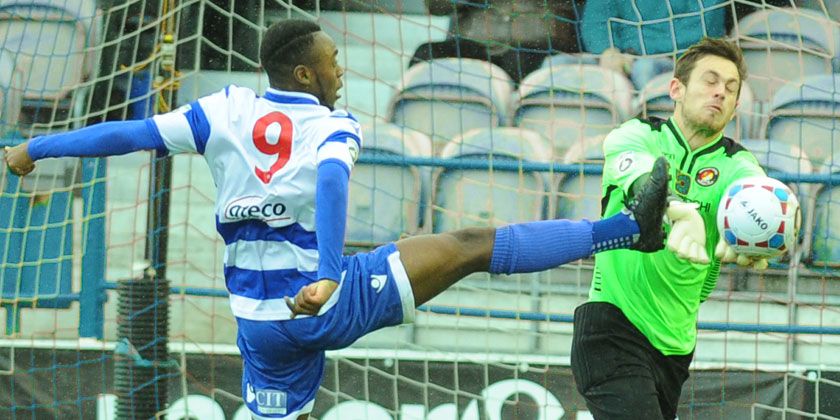 Fleet go into their third successive away game looking to avenge the FA Trophy defeat at the hands of Oxford City back in December.

With City the only side to win against the Fleet on their own patch in any competition this season – and having held Daryl McMahon’s side to a draw at Stonebridge Road – the men in red are keen to have the final say in the clubs’ third meeting, to take place at Marsh Lane.

With a hard-fought six points claimed at Basingstoke and Bishop’s Stortford in recent weeks, to increase Fleet’s points advantage over their rivals, a win at Oxford really would round things off before the team returns to Stonebridge Road action against St Albans City on Tuesday.

With Maidstone and Sutton back in action (home to Gosport and Bath City respectively), Fleet will be eager not to offer them further encouragement by an adverse result at Oxford.

That said, Fleet boss McMahon clearly expects further twists and turns in the title race to come and why he was delighted to put the points on the board in last week’s rearranged fixture.

Oxford are a side that are equally keen to put points on the board after a patchy run of form that has coincided with their FA Trophy progress. A 5-2 defeat at Weston-super-Mare in midweek leaves them 20 points behind the Fleet, albeit with three games in hand. They have won just one of their previous six National League South matches and went a month without a league game after Christmas due to a combination of postponements and Trophy games.

Fleet will be glad to see the back of midfielder Luke Coulson who scored a memorable free-kick at Stonebridge Road and also converted a corner in the Trophy game – but his signing for Eastleigh robs City of a real midfield talent. However, Oxford have acquired Matty Whichelow on loan from Boreham Wood – he spent a while at Chelmsford this season – but looked very assured in games between Fleet and the Wood last season. Striker James Roberts has come in from neighbours Oxford United on loan and Matt Bevans, from Wealdstone, has bolstered the defence.

Winger Kynan Isaac, one player McMahon identified as a threat, returns after a two-week absence, as does striker Marlon Jackson. Skipper Darren Pond and Spanish midfielder Ander del Alamo are both expected to be out through injury.

Fleet must be wary of a reaction from City, however, with boss Justin Merritt speaking to local newspaper Oxford Mail about his side’s midweek collapse. “There was so much that was off, it was difficult to identify what exactly was wrong. There wasn’t just one player who was to blame for that, the whole squad were responsible. They want to put it right themselves. They will learn their lessons, but they won’t be dwelling on what happened on Tuesday night.”

Ed Miller has been Ebbsfleet United's communications manager and programme editor since 2014 and responsible for the club website since 2007. Contact him on ed.miller@eufc.co.uk
PrevPreviousShields switches for Tudors time
NextOxford City 1-1 FleetNext