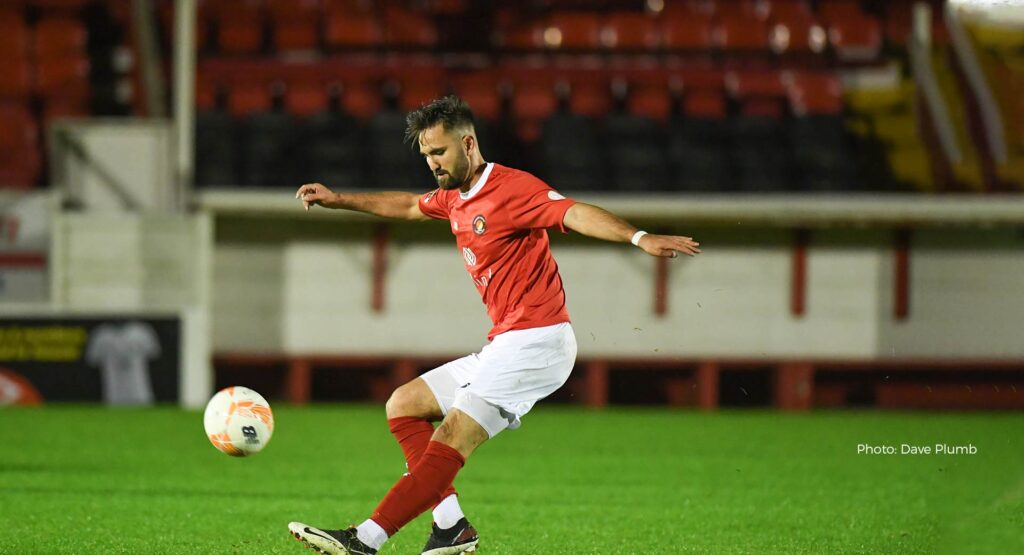 Ebbsfleet United have the opportunity to steal a march on their rivals this weekend as one of only two games in the Vanarama National League South takes place at the Kuflink Stadium.

Emirates FA Cup action occupies the majority of South clubs on Saturday, with only the Fleet, Hungerford, Chelmsford and Maidstone in battles for three league points.

A win for the Fleet could take Dennis Kutrieb’s side up to fourth, or third if the margin of victory was impressive enough. But currently occupying second place, last season’s whipping boys and Saturday’s visitors Hungerford Town are proving that 2019/20 has precious little influence on 2020/21.

Fleet aim to bounce back from the topsy-turvy defeat at St Albans City last weekend with victory on home soil, with skipper Lee Martin having sat that one out alongside Tobi Adebayo-Rowling.

Jake Goodman sits out the second game of his suspension but with Ben Frempah having now featured on the bench for two matches in succession, he is another option in defence.

Alex Eirich has been back in training for a while, with Kutrieb saying last week that the former TeBe attacker was “making good progress” and could be back in the reckoning within a fortnight.

Hungerford would in all likelihood be playing Southern League football but for the intervention of the lockdown that took relegation off the National South table. They were nine points adrift of safety at the bottom of the table but now they sit in second place, with those same nine points from three games.

After a less-than-flattering 4-0 reverse against lower-league Truro City in the FA Cup, the Crusaders have gone on to beat Chippenham Town, Tonbridge Angels and Concord Rangers – all without conceding a goal.

Under new management this campaign, they have maintained a core of last season’s side but supplemented it with several players from their new manager Danny Robinson’s former club, Thatcham Town. The 34-year-old boss won promotion and the FA Vase with Thatcham after success with Winchester City before that and he has put his faith in lower-division players to improve Hungerford’s standing.

This will be Hungerford’s third trip to Stonebridge Road, with a 6-1 Ryman League Cup defeat in 2000 and a rather more slender 1-0 reverse in 2017 to their name.

Since promotion from the Southern League in 2016, the Crusaders have defied the odds to stay up. They finished in a play-off position in their first season but did not take part due to ground-grading regulations but their three seasons since have been more of a struggle, with successive 19th place finishes followed by last season’s ignominious bottom place.

If the first three games are anything to go by, however, then Hungerford will be hoping for a return to that fine first season of theirs – but Fleet are intent on putting the first spoke in the visitors’ wheel come Saturday.

• Supporters can livestream the game by buying access now on our platform at live.ebbsfleetunited.co.uk. Season-ticket holders have been sent their free codes as of Wednesday afternoon – please get in touch before matchday if you have not received yours. You can input your codes as soon as they are received to ensure everything is up and running well before kick-off.

• The third issue of our digital matchday programme is also sent to season-ticket holders and streaming customers. Look out for that in your inboxes before kick-off on Saturday.

This preview is provided in association with National League partner LVBet.

Ed Miller has been Ebbsfleet United's communications manager and programme editor since 2014 and responsible for the club website since 2007. Contact him on ed.miller@eufc.co.uk
PrevPreviousHungerford Town game livestream
NextFleet 3-2 Hungerford TownNext