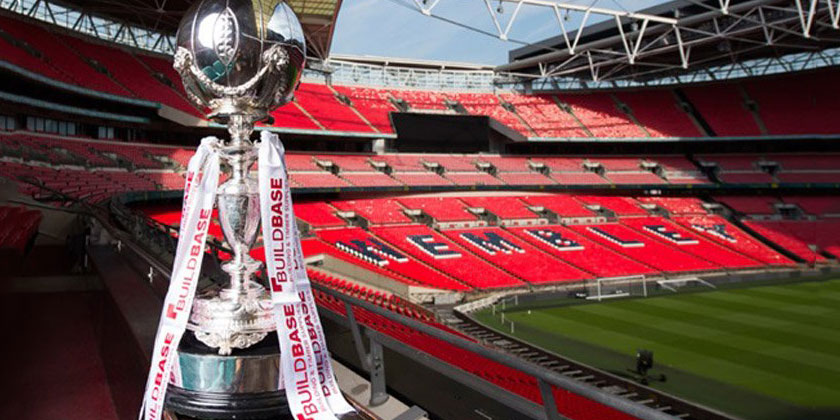 A tale of two boroughs

Ebbsfleet United will be looking to turn in a performance against the second of two ‘Borough’ opposition as Harrow Borough follow Hampton & Richmond at Stonebridge Road.

Fleet’s first game this season in the Buildbase FA Trophy comes off the back of two matches where late goals were responsible for the shedding of three league points. Those late goals have been as much a concern for manager Daryl McMahon as the team’s second-half performance on Tuesday which the boss claimed was the worst of his tenure.

“We’ve conceded too many late goals,” McMahon told FleetOnline. “Even games that we’ve won like Truro through a lack of concentration where we’re thinking the game’s already done. I know then we’re 4-1 up and it didn’t hurt us but long-term, if that’s your mentality, you’ll suffer. And we have in the last two games. it’s been a real sickener, the two we’ve conceded have been two really bad goals to concede and that’s cost us points.”

There’s no magic formula to stamp it out, either, with the Fleet boss saying the solution is a simple one: “There’s not a lot you can talk about with late goals. Just do your job for 90+ minutes until the ref blows his whistle – so if you’ve got a job to mark somebody in the box, make sure you do it because otherwise it costs you goals. It’s as simple as that.”

And the manager is demanding that regardless of the opposition or the competition that his side get back to doing what they do best this weekend. “We’re going into this with a bloody nose,” he said. “I think we need to stop looking at Maidenhead or St Albans but look at ourselves. Make sure that we’re performing first and foremost and worry about the rest later on. I don’t think it’s time for us to worry about anyone else, forget about what’s going on all around us and get back to being a good team and working hard.”

Fleet have a chance to forget about the league this weekend as Harrow Borough become the fourth Ryman Premier team  we’ll face this season. The London club lost 2-0 to Dulwich Hamlet in midweek to leave them in the relegation zone but they have a good cup pedigree this season that has seen better-positioned clubs Staines Town, Margate and Needham Market all defeated.

The home defence, shorn of both Dave Winfield and Mark Phillips for this one, will have to be aware of two wingers that like to target a big centre-forward. Former Watford and Northern Ireland international Michael Bryan plays down the right while McMahon has also identified left-midfielder Joshua Webb as a technically decent player. “They’ve got players who like to get down either wing and aim it at a big, tall centre forward in Marc Charles-Smith,” McMahon said. “They’ve got nothing to lose, we’re the ones expected to come out and attack but we need to concentrate on our own performance and put in a bit more of a work ethic than we did on Tuesday. That game has hurt the players and staff and I know it hurts the fans and we need to put it right.”

Fleet could still utilise 3-5-2 or 4-4-2 with the personnel available and Louis John could make his full debut after appearing as a substitute against Maidenhead.

Stuart Lewis, meanwhile, has started some light running and is targeting a return to full training on December 5th. “He’ll have a bit more rehab,” McMahon said. “We’re looking forward to having him back and we need him back. He’s one player that no matter what happens, no matter the opposition or the state of the game, he’s always the same. Even in training, he’s 1,000 miles an hour, pressing people, making things happen, we’re looking forward to getting him back, and he’s looking forward to it too, but it’s one there’s no point in rushing either until he’s completely ready.”

Other than those players mentioned above, the visitors have the talents of another striker in Ibrahim Meite in their armoury. The 20-year-old has scored 13 goals this season and attracted the attention of Premier League scouts, having been invited by Leicester City to train with them last month. The club picked up £27,000 in prize money on a run to the Emirates FA Cup First Round, eventually beaten 6-0 at Northampton, and will be aiming to at least take Fleet back to a replay (which would be at Earlsmead on Tuesday night) as they did with Margate earlier in the season.

A reminder that this is an “all-pay” game with no season or mini-tickets permitted for admission. Due to FA regulations, U12s are also charged a nominal £1 entrance.

Ed Miller has been Ebbsfleet United's communications manager and programme editor since 2014 and responsible for the club website since 2007. Contact him on ed.miller@eufc.co.uk
PrevPreviousPooley pedals home
NextFleet 4-2 Harrow BoroughNext