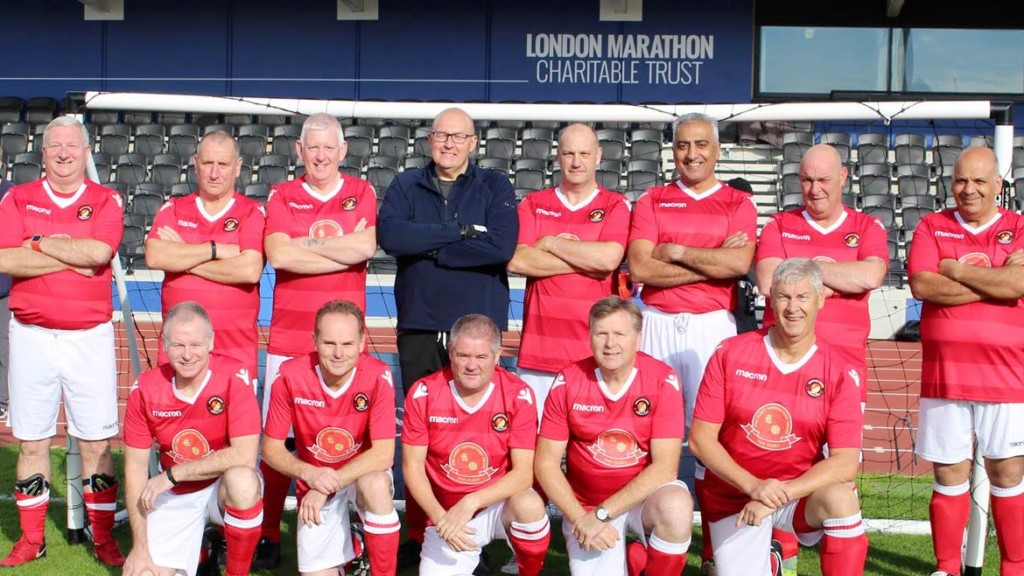 The Fleet’s Walking Football team will present a cheque before kick-off v FC Halifax Town to hand over funds they collected by playing in a charity tournament recently to raise money for an ill youngster with neuroblastoma.

The Fleet provided two teams (Reds and Whites) of seven players who travelled up to the Premiership Stadium in Stratford to do battle with two teams from West Ham. Each team had to play each other and in the first match, Fleet Whites lost 6 -1 with Gary Wilson scoring our only goal. However, the second Whites match produced a 2 -0 win with Manjit Atwal and Chris Judge scoring.

Team Red got off to a flying start with Paul Cox scoring both goals in a 2-0 defeat for the Hammers, but just lost out in their second match with a 1-0 defeat. Co-ordinator Chris Judge said, “It was clear we took a while to get going as none of us had played on this larger grass pitch before, but we soon got our act together and sorted out our positioning.”

The last match had the two Fleet sides pitted against each other, Gurch Gill scored the only goal to win the day for the Reds team. The tournament was decided on combined goals scored, with the Fleet missing out by just one goal as the final score was West Ham 7-6 Fleet.

Chris Judge added, “It really was a fantastic opportunity to be invited to play at West Ham. We were given tickets to view the Premier League match later in the day and the whole experience was really first class. This invite again demonstrates how the Fleet Walking Football team are getting wider recognition and we know that many other similar invites are coming our way.”

Ed Miller has been Ebbsfleet United's communications manager and programme editor since 2014 and responsible for the club website since 2007. Contact him on ed.miller@eufc.co.uk
PrevPreviousDean Pooley exits club board
NextPREVIEW: FC Halifax TownNext