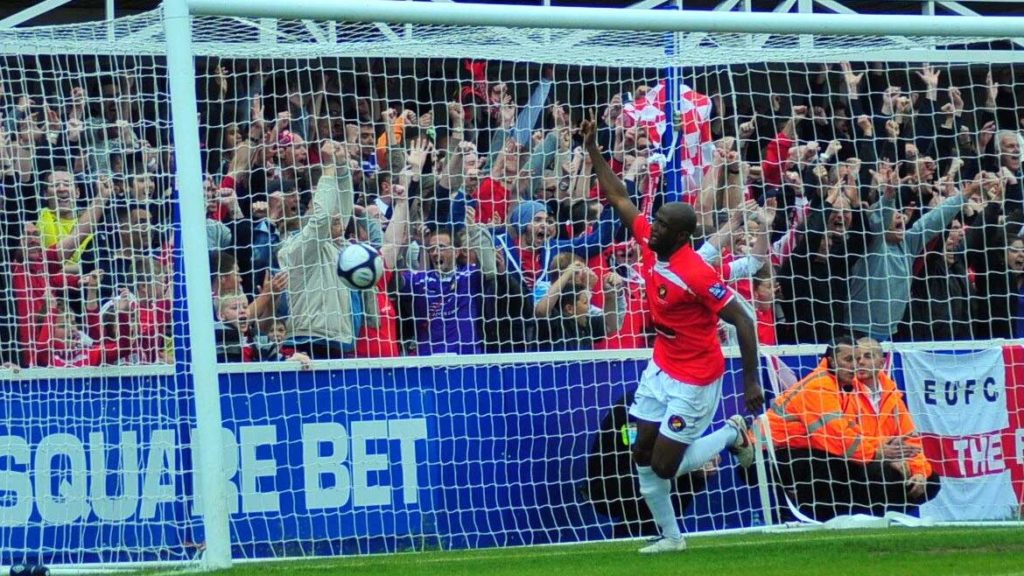 The merry month of May

Following on from the first blank April of the club’s existence, we are now officially in the close season with the month of May these days reserved only for play-off participants.

That wasn’t always the case, however, with league fixture schedules which routinely overlapped into early May for most of our 20th century seasons, with only 16 of those 54 years ending in April.

Since promotion to the Conference in 2002, every single league season has finished in April, with only play-offs and cup finals contested by the Fleet in May.

The club’s first ever May fixture took place on May 3rd, 1947, when a 4-4 draw away at Barry Town would have been the perfect result for a ‘May The Fourth’ special had it occurred 24 hours later!

That first season for the Fleet also goes down as a club record for the latest into the year we’ve played a game, with Stonebridge Road hosting Exeter City Reserves on May 31st – very late in the year considering also that the Southern League only played 32 games per club that season.

Here are some more memorable May fixtures:

May 14th, 1949: Fleet drew 1-1 with Gillingham in the 1949 Kent Senior Cup Final replay at Priestfield in front of a massive crowd of 16,733, following a 2-2 draw at Maidstone a month previously. The final needed a further game to be decided and that didn’t take place until the following season, Fleet eventually winning 2-0 to earn the club its first silverware.

May 4th, 1963: Fleet fans waved goodbye to Southern League Premier football with the club’s first relegation long since confirmed but a 1-1 draw with Rugby Town in front of 820 was the last Premier action seen at Stonebridge Road for another eight years.

May 11th, 1979: Fleet faced five games, three of which we lost, in what was the busiest May of our history alongside 1947 and 1977. The campaign ended at home with just 416 watching a 3-1 win over Nuneaton Borough, both clubs having done enough to pick up points to qualify for the new national Alliance Premier League that was due to start the following season. Phil Stonebridge (2) and Andy Woon scored the goals.

May 1st, 1982: One of the more miserable May days for Fleet fans who faced a long, long away trip to Barrow needing a point to stay up. Geoff Idle struck to put the Fleet ahead but the Bluebirds responded with three goals of their own to send Fleet tumbling out of the Alliance Premier on goal difference after three years. It would be another two decades before we were back there.

May 3rd, 1986: Another relegation, this time to our lowest level of the Southern League, Southern Division, Fleet lost 2-1 at champions Welling United despite a Gary Aldous goal. It showed just how far Fleet had sunk as Welling, little more than a park side a decade before, would now be two levels higher. Finishing bottom by a single point, Fleet might have been saved if they’d managed a win due to the resignation from the league of RS Southampton. As it was, our relegation rivals Fareham survived instead.

May 1st, 1989: The club’s first promotion for 14 years had already been assured when we met Folkestone at Stonebridge Road in front of a 709 crowd. Our Kent rivals proved to be party poopers with a 1-0 win but it did little to spoil what had been a memorable season as Fleet were presented with their runners-up medals.

May 7th, 1994: A year after blowing the league and promotion in the run-in, this time there was no mistake as Fleet were crowned Southern League South champions with a pulsating 3-0 win over Bury Town. A Micky Cotter double and the crowning glory of a Steve Portway goal off the bench sparked massive celebrations amongst what in those days was a huge crowd of 1,774 as skipper Tommy Warrilow lifted the shield.

May 1st, 2000: Fleet’s first May day of the 21st century resulted in our first Kent Senior Cup title for 17 years, Steve Restarick (2) and Che Stadhart scoring the goals in a 3-0 win over Folkestone Invicta on home soil.

May 10th, 2001: There can’t be many months you win two cup finals but three days after thrashing Dover 4-0 at their own ground to retain the Kent Senior Cup, Fleet beat Purfleet 3-1 at Stonebridge Road to add the largely pointless but nonetheless welcome Ryman Full Members Cup to the trophy cabinet.

May 6th, 2002: A week after clinching the Ryman Premier title in joyous scenes at Bedford, Fleet made it three Kent Senior Cup wins out of three in May as Margate were humbled 5-0 on their own turf, the Fleet fans amongst the 2,018 crowd having enjoyed the best campaign in living memory.

May 10th, 2008: The greatest May fixture in the club’s history as two months after clinching our Wembley place in the FA Trophy semi-final, a Fleet side strode out on to the famous turf for the one and only time. And won there too, Chris McPhee’s solitary goal enough to see off favourites Torquay United.

May 15th, 2011: Fleet’s first play-off final and the latest in the year we have played a game in modern times, Michael West (2), Ricky Shakes and Calum Willock scored in front of a 4,267 crowd. The final win over Farnborough capped two more excellent May performances in the semi-final victories over Chelmsford.

May 13th, 2017: After two heartbreaker finals in two of the previous three Mays against Dover and Maidstone, Fleet fans were staring down the barrel of a third successive trauma, a goal and a man down going into the final 20 minutes. But Dave Winfield’s equaliser and Darren McQueen’s winner within four minutes of each other sent the home portion of the 3,134 crowd at Stonebridge Road into raptures.

May 2nd, 2018: New territory once more for the Fleet as our first play-off eliminator, with the ultimate prize being a place in the Football League, somehow ended in victory. 1-0 down in extra-time with a minute to go and then 3-1 down in the subsequent penalty shootout at Aldershot, Fleet somehow came through it to produce what was the most dramatic, unlikely and nerve-shredding victory in the club’s history. Three days later came the heartbreak of elimination in the semi-final at Tranmere, with the Fleet just 40 minutes from Wembley, but nevertheless it was one of the most memorable pair of May fixtures for the current crop of supporters.

Ed Miller has been Ebbsfleet United's communications manager and programme editor since 2014 and responsible for the club website since 2007. Contact him on ed.miller@eufc.co.uk
PrevPreviousSeason Review Part 9: March
NextFleet boss on skipper retirementNext