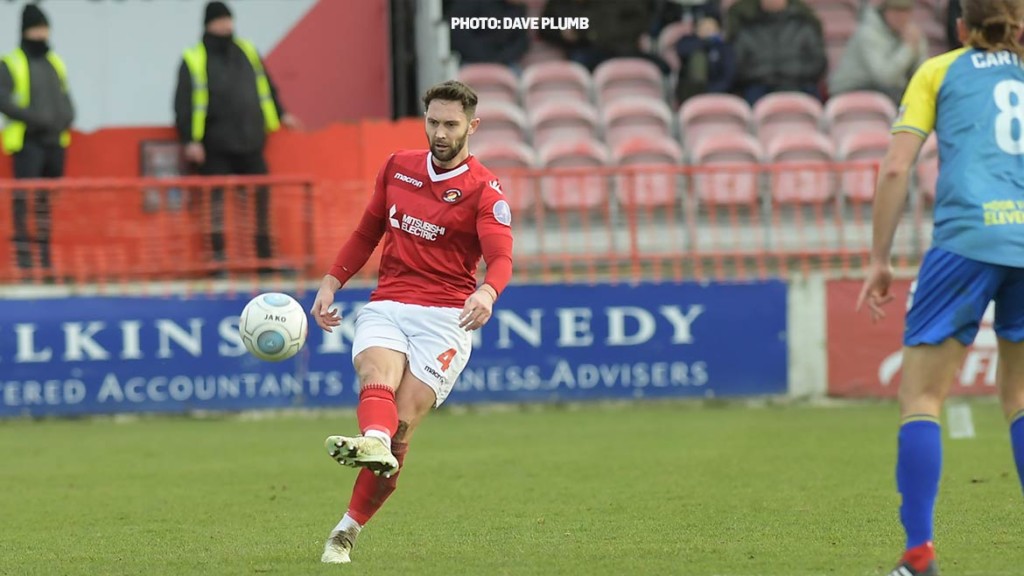 Garry Hill was choosing his words very carefully after seeing his side succumb to a second-half Solihull goal and then two late red cards in a post-match interview where the referee’s actions dominated the conversation.

“It was a strange ending to a game,” said a restrained Fleet manager. “A lot’s gone on. When I look at the game first of all, I knew it was going to be physical, tough. The way the game started off and the way it continued up to half-time, it hasn’t surprised me that somebody was going to get sent off.

“I’m picking my words carefully. I used to get a Christmas card every year from the FA because I used to give them so much money. So I’m getting a little bit old for that and a little bit wiser. I felt, watching and observing the game, that the match referee with his assistants… same as anybody, you have good days at the office, you have a bad day. I think there could have been a little bit of common sense at times: from both sides on the pitch and the refereeing team on the pitch. When things start to get a bit lively, I was a little bit surprised that the referee didn’t blow his whistle and pull the captains of both teams to the side and have a chat at any time. But when the cards started coming out, the momentum was running with him.”

The main talking point in a flurry of red cards was the dismissal of Dean Rance for supposed simulation and the denial of a penalty that would have given the Fleet the opportunity to equalise with virtually the last kick of the match. Hill believed it was a penalty from his vantage point and indeed after the game, Rance was sporting a bruise at the top of his leg from the coming together in the box.

“Was it a penalty?” said Hill. “From where I was, yes. [But] the referee’s out there, he’s nearer. Dean Rance I thought played very, very well today considering the time he’s been out. He contributed very well in the game. To get in the penalty area, where he got at that time, he looked like he got just between the penalty spot and the six-yard box. Now it’s a case of whether the defender’s caught him [as] I’m led to believe, whether it’s a penalty or not. So from where I was [the tackle] was quite high, around the stomach area. To find Dean Rance diving there, I find it strange but by the same token the referee’s made his decision. When he’s sent him off, that about summed it up. If we were going to get a break, I thought that might be it there but not to be.”

Considering the red card to Bagasan Graham in the slightly earlier incident where he grappled with Luke Maxwell amidst a melee of players, Hill – while still far from happy – was prepared to give the referee the benefit of the doubt.

“Being fair to the referee and the assistants, I can’t see that far,” he conceded. “Over the 90 minutes I have no complaints with the result. It is disappointing when you lose players as we’ve got a very small squad. It doesn’t reflect well on the club so until we see clips, I think it’s very easy when emotions are high straight after the game to take a view. As a manager, you look at yourself and think, I’ve had a bad day today, I could have picked a better team, I could have handled situations better while the game goes on. And if people are honest, I think the referee will say exactly the same as what I’ve just said, about his game today. He’ll look back on certain things in that game today.”

While the manager felt the referee did his side few favours, he had fewer complaints about the result, crediting the visitors for sticking to their strengths to take the points.

“I have no problem with the result today, I don’t think we’ve done enough and I don’t think being fair we were allowed to do enough,” he said. “Their strength without doubt is their physical presence but I think there were things that went on in the game which didn’t suit us, where it probably suited them a little bit more. The game kept getting stop-start so we couldn’t get rhythm and momentum going. Nathan Ashmore made two or three great saves. I don’t think even though their goalkeeper had a problem in the first five minutes, we worked him enough. I don’t think I remember him really having a shot to save. They made four or five great blocks in the second half as defenders, all credit to them.

“They’ve done brilliantly. We all play football different ways. I wouldn’t want my team playing that, but that’s effective for them. They get results. Tim Flowers has done a great job and that’s their strength so they play to their strength. They’ve got the result, they’re the winners. We’ve got to move on, they deservedly won the game.”

And as ever, Hill was keen to shrug off the negatives and look ahead to another tough encounter in North Yorkshire next weekend.

“I said to the players, they’ve been a credit to me and a credit to the club since we’ve come in here,” he said. “There’s disappointed players, emotions are very high about this and that, but you have to reflect on it at a later date. We’ll get in on Monday and we prepare for the game at Harrogate.”

Ed Miller has been Ebbsfleet United's communications manager and programme editor since 2014 and responsible for the club website since 2007. Contact him on ed.miller@eufc.co.uk
PrevPreviousFleet 0-1 Solihull Moors
NextHartlepool fixture rearrangedNext