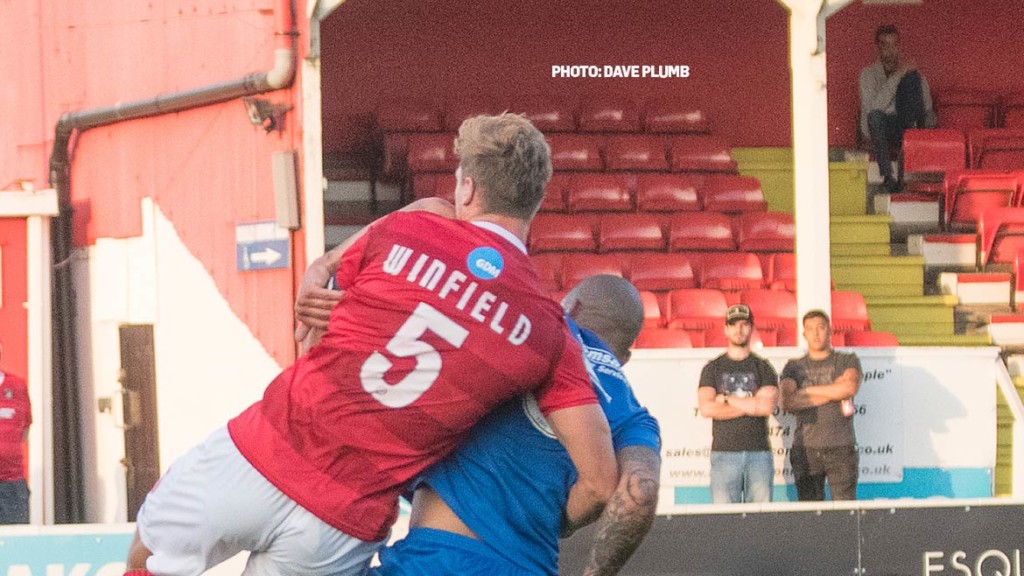 It barely seems any time at all since Sutton United last paid the Kuflink Stadium a visit. Indeed only Chesterfield have played a competitive game against the Fleet on our home turf since the last occasion Paul Doswell’s side were in town, so there’s not a lot the two sets of squads will need to learn about the other.

Recent history has suggested that the Fleet don’t get much from clashes against Sutton but we still hold the upper hand in head-to-head meetings, with nine wins to the U’s five. Sutton’s 1-0 win in April was also their first ever victory in Northfleet but despite Fleet’s historical superiority it’s been a while since home fans had much to cheer against their Surrey counterparts.

And Tuesday evening’s clash is another close one to call. Doswell still has the core of the side that propelled Sutton to new heights and indeed he has re-signed two former favourites in Dan Wishart and Charlie Clough. Added to that list of new recruits is full-back Dale Bennett from Forest Green, former Brighton striker Jonah Ayunga and on-loan Ipswich frontman Aaron Drinan.

The U’s lost former Fleet loanee Louis John to Cambridge United in the summer and Simon Walton dropped down to play for Billericay but Sutton aren’t significantly weakened from their last game at the Kuflink Stadium and will again prove to be a big, strong and capable outfit. Captain Jamie Collins looks set to renew a titanic battle with Danny Kedwell, despite stitches to a facial wound at the weekend. Collins has scored two successive penalties for his side – one as they overcame much-fancied Salford City with 10 men – plus a last-minute equaliser as they drew late on at Harrogate Town so he’ll be one Sutton will want to throw into the fray regardless of any wounds.

Another old warhorse, midfielder Nicky Bailey, has made way for Kenny Davis in the last two games while full-back Aswad Thomas is out suspended after his red card at the weekend. Tom Bolarinwa, who scored Sutton’s winner in April, looks set to return from an injury that ruled him out against Salford.

For the Fleet, Daryl McMahon welcomes Dave Winfield back from suspension while his other two casualties are closing in on a return with Dean Rance ahead of schedule and Kenny Clark, who turned 30 on Sunday, also eyeing a return beyond tonight.

“We should have at least two back,” McMahon said. “Dave Winfield is back from his ban and Dean Rance is getting closer and closer. Sutton are a good side, we’ve had some ding-dongs over the years in the South and in this league last year. I know Paul Doswell really well and Ian Baird, his assistant, I played for at Eastleigh. They’re good guys, it’ll be a tough game as it always is but we’re at home and looking forward to being back.”

Welcoming back his previously unavailable players will prove even more of a headache for McMahon when it comes to team selection. He will be unwilling to change a side that has performed valiantly away from home this past week, but that would mean leaving two-goal hero Corey Whitely on the bench, along with the likes of Luke Coulson, Michael Cheek and now the returning Winfield also.

There is no segregation in place for this match so both sets of fans are free to use both ends of the ground and the Social Club bar.

Please leave adequate journey time in getting to the ground as three-way traffic-lights are in operation for gas works around the local area and traffic tailbacks are inevitable. Car-parking is available at Ebbsfleet International Car Park C for £3 – parking along Thames Way risks getting ticketed as it is a designated Clearway.

Ed Miller has been Ebbsfleet United's communications manager and programme editor since 2014 and responsible for the club website since 2007. Contact him on ed.miller@eufc.co.uk
PrevPreviousRoadworks around Kuflink Stadium
NextFleet 0-1 Sutton UnitedNext