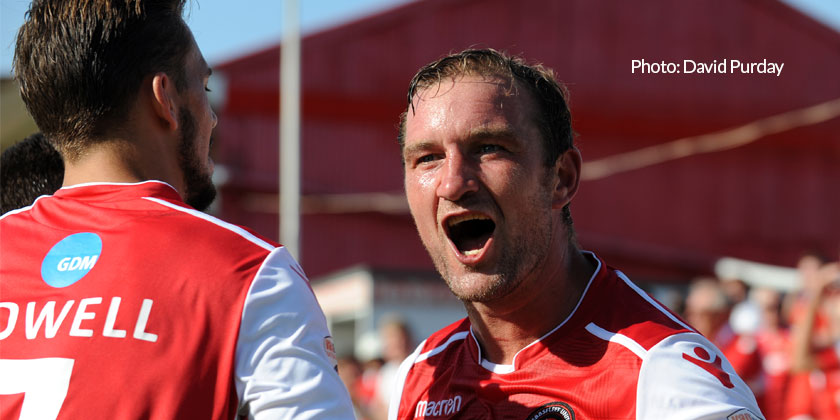 Daryl McMahon has called on his players and Fleet supporters to go “hell for leather” in their attempts to dump Doncaster Rovers out of the Emirates FA Cup and cause the first major cup upset on home soil since 1995.

The Sky Bet League One side travel to The Kuflink Stadium as favourites but the Ebbsfleet boss is adamant that gives his players a major incentive without the pressure of expectation.

“We’ve seen videos, I’ve studied a lot of their games and Stacy Long went up to watch them last Saturday at Bury,” McMahon told FleetOnline. “We’ve done our homework just as they’ll have monitored us. By 3 o’clock on Saturday we’ll know a lot about Doncaster. It’s a gap we have to bridge, obviously, but it’s something we believe we can do. Technically, we’ll have players as good as anyone up to those levels of League One and Two. We have old heads who have played that high and we have younger players who are capable of doing so. It’s just them about being able to keep their shape, tactically play the game in the positions we set out, and we all have to do our jobs properly for 90 minutes to give ourselves a shot. We’ve got the tools to do it, you need a bit of luck along the way, but once you go out on to the pitch it’s about performing and forgetting all the hype.”

McMahon believes the stern defensive test his side faced at Sutton last weekend was ideal preparation but he insists that, underdogs though his players may be, they’ll not be sitting back to defend.

“Of course we’ll have to be on our game defensively, they will be out to exploit us early on in the game, to try and put it to bed,” he said. “Concentration and our decision making is going to be the important thing. Like everything in football, goals change games and it’s all about being better in the box. Probably in pre-season we competed with all those League teams in between the two boxes but, in the box itself, a League One team will be better than us and most teams from our level. It’s important we grab the opportunity that the Cup offers us and we treat it for what it is and we go hell for leather against them.

“We’ll be going to win the match. It’s important we get the crowd behind us from the start of the game with that different cup atmosphere. It’s their game and I hope they’re singing for 90 minutes.”

As a Manchester United fan, McMahon will come up against the son of his managerial idol in Darren Ferguson but the Fleet boss respects his Doncaster opposite number for his own achievements. “We know the manager pretty well inside the camp with Aaron [McLean] having played for Darren [Ferguson] for a long time and he thinks highly of him. His teams always pass the ball, the ball gets good rotation in midfield, they’re energetic. They’re always exciting and he’s won plenty of promotions in his time as a manager.”

The Fleet boss is sweating on a few fitness issues with Sean Shields (illness), Chris Bush and Andy Drury having sat out several training sessions this week and they were due to be assessed in the last two sessions of the week. Jack Connors trained all week so should be back in contention and Febian Brandy also got a week more in the tank as he aims to raise his match readiness. Bradley Bubb now has five days full training behind him and McMahon is delighted with his progress and involvement in all the sessions this week. Dave Winfield also continues to make strides and those two players aren’t far off a return now.

Fleet haven’t beaten a League side in the FA Cup for 22 years, when Fourth Division Colchester were added to the two scalps we took in 1962/63 (Exeter City and Carlisle United). Doncaster are the 11th side from the third tier we have faced in 71 years of FA Cup involvement and McMahon sees no reason why his side shouldn’t repeat the heroics of the past.

“It’s a chance to put the club on the map. We’ve got back in this division, we’ve got Doncaster Saturday and Leyton Orient on TV. It’s a great week for us. Every year you want to evolve and get better. We’re massive underdogs but they’re on our patch and we’re looking forward to it,” he said. “From the outside looking in, we’ve got a free hit. Now we are a good side and they’ll know that. I have to make sure that for 90 minutes we’re on it. We’ve seen last season with Lincoln and Sutton getting to the last eight and last 16 respectively. Without a doubt somebody from the National League will get to the Fourth, possibly Fifth Round again this year. There’s no reason that can’t be us. But everyone has to be on it – players, staff, fans. At 3pm Saturday we all have to make sure it’s intimidating and noisy as that influences performances and I know the fans will do what they do best.” 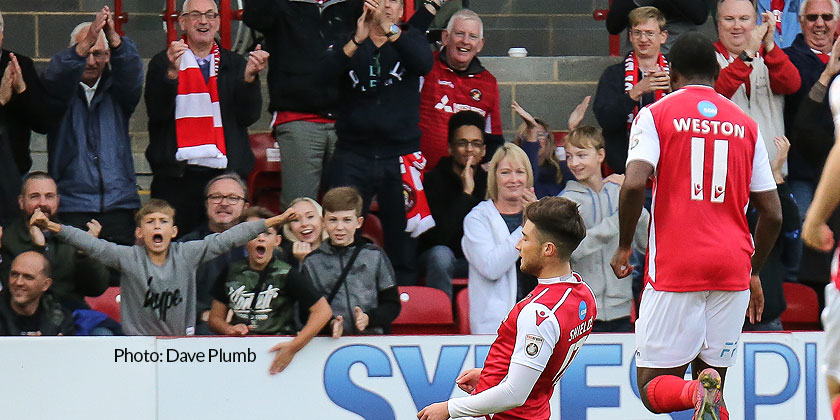 Newly promoted from League Two, having bounced straight back from relegation the previous season, Doncaster are trying to avoid the “yo-yo effect” and gain a foothold in League One this year. They lie 18th and a much-needed win came at Bury last weekend but there is a sense of some discontent among elements of their 8,000-strong fanbase.

Nonetheless, despite this tie presenting banana-skin potential, on paper Ferguson’s side should be expected to win and put aside any league torments for the time being. Rovers are expected to travel with a strong squad and make only minor changes to their usual lineup. Fleet will need to curtail the likes of veteran midfielder James Coppinger, the club’s all-time appearance holder, who has played at the Fleet before for Exeter City. Leading scorer John Marquis, a former teammate of Jack Powell’s at Millwall, leads the line while there’s experience with the likes of former York midfielder Matty Blair, ex-Manchester United youth Ben Whiteman on loan from Sheffield United and ex-Swindon striker Andy Williams.

Striker Alfie May was born near Gravesend and counts Erith & Belvedere, Corinthian and Hythe Town among his former clubs while several loanees underpin the Rovers squad including Jordan Houghton (Chelsea), Rodney Kongolo (Manchester City) and Harry Toffolo (Norwich City). The latter is likely to fill in for left-back Danny Andrew who is ruled out with a long-term knee injury.

Defender Joe Wright may miss out with a hamstring problem while ex-Chelsea youngster Alex Kiwomya is definitely missing as he recovers from a long-term setback. Young striker Liam Mandeville may come back into the reckoning after responding well in Tuesday’s Checkatrade Trophy tie to his manager’s recent criticisms about attitude.

Doncaster haven’t lost to a non-league side in the competition since 2004 but, like the Fleet, they are long overdue a run of their own having only made it as far as Round 4 twice in the last 30 years and never been further than Round Five, which was last reached in 1956.

Tickets for home fans are on sale throughout Friday from the club office. There are no restrictions on the number of tickets available to supporters. The club would like to remind supporters not to park along Thames Way as cars are liable to be ticketed. Ebbsfleet International Car Park C offers ample car parking for £3 and is only a short walk from The Kuflink Stadium.

Ed Miller has been Ebbsfleet United's communications manager and programme editor since 2014 and responsible for the club website since 2007. Contact him on ed.miller@eufc.co.uk
PrevPreviousSaturday morning sales approved for home fans
NextFleet 2-6 Doncaster RoversNext