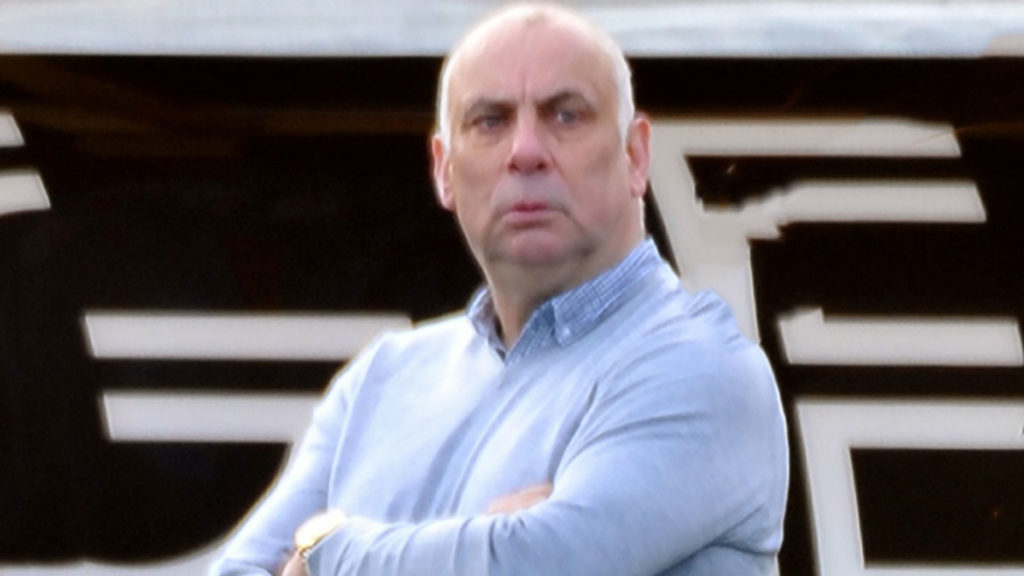 Hill looks to mark his Cards

Garry Hill returns to the club where he won a Conference South title and secured successive Top 10 finishes at National League level, with Woking currently flourishing at the top of the table.

The Fleet boss can expect a warm welcome (at least until kick-off!) from a club where he is still highly thought of, with Cards fans entitled to expect three points if the league table runs to form.

But that would be to ignore Fleet’s improved performances of late – and Hill certainly won’t be returning to Kingfield for the mere formality of handing over three points.

Last Saturday he was able to name an unchanged side for the first time this season and with a more settled back line, the Fleet have made fewer errors and conceded fewer goals over the past two outings.

And Hill isn’t the only Fleet representative returning to Kingfield. Jack King, John Goddard, Gozie Ugwu, Frankie Sutherland and Aswad Thomas have all played for the Cards in the past.

With one defeat in five games, getting anything from a trip to the league leaders would certainly suggest Fleet are turning a corner – but with Woking in such clinical form, it will require a big performance from the visitors.

Alan Dowson’s newly promoted side may have lost the National South title to Torquay and only just scraped past Wealdstone and Welling United in the play-offs, but they are surprising plenty of people with their start to the 2019/20 campaign.

A defeat at home to rivals Aldershot Town aside, Woking are otherwise undefeated, having won seven of their 10 games so far this season. That has included wins over Solihull Moors, Dover Athletic and, perhaps most impressively, a 4-1 thrashing of league favourites AFC Fylde on their own ground.

Former Maidenhead hotshot Dave Tarpey has three goals to his name as he continues to shake off the disappointment of his previous move to Barnet and subsequent broken leg.

But it’s midfield playermaker Toby Edser that Fleet will need to keep tabs on, with the Nottingham Forest loanee having scored four times this season. It is the second loan spell at Kingfield for the Forest U23 skipper and he forms a combative midfield alongside Godfrey Poku, who was orginally signed for Woking by Garry Hill and has now also returned for a second spell at the club.

The key midfield battles aside, the Cards are a big, physical outfit who will also pose a threat from set pieces where the likes of ex-Dover duo Moussa Diarra and Manny Parry plus former Maidenhead striker Jake Hyde can attack.

Their home defeat to Aldershot plus successive draws are the only chink in the Woking armour so far and that’s where Fleet must draw inspiration from as they look to upset the applecart and end the Cards’ eight-match unbeaten streak.

History suggests that this fixture isn’t likely to throw up a huge scoreline given that five of the last six meetings between us at Kingfield have been decided by just a single goal. Fleet would certainly take that if the odd goal came our way in Hill’s first return to his former home.

Online ticket booking and admission prices can be found on Woking’s website here.

Ed Miller has been Ebbsfleet United's communications manager and programme editor since 2014 and responsible for the club website since 2007. Contact him on ed.miller@eufc.co.uk
PrevPrevious“Undone by the 1%” says scorer Reid
NextWoking 2-2 FleetNext