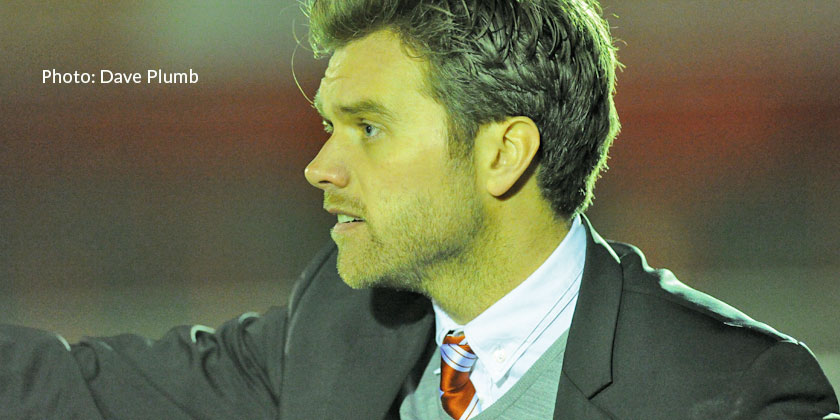 Daryl McMahon said there was no special ingredient to Fleet’s five-match winning streak other than good, honest hard work – something his side have been showing ever more of in recent weeks.

“We’ve got a good spirit here, the players want to achieve, they’re ambitious and they want to win,” McMahon told BBC Radio Kent’s Matt Cole. “There’s a lot of hard work that has gone into these performances. There’s no magic formula; if you don’t work hard… that’s the cornerstone, the fundamental of any team.”

McMahon felt his side did a professional job on Concord Rangers, despite a first-half lull when they were perhaps guilty of not being tight enough on the visiting midfielders.

“After 10 or 15 minutes we had a bit of a lull,” McMahon said. “I thought we took our foot off the gas a little bit and were missing opportunities. I was looking forward to getting them in at half-time to have a little gee-up and get us back on it again but the second goal just before half-time has probably seen the game done then. The second half was just about being professional and doing things properly.

“[Tony] Stokes had a chance where’s he’s normally good from 18 yards that went over the bar. It could have been 1-1 at that stage. It was about us cutting out errors that we were making rather than them cutting us open.”

The Fleet boss praised his front pairing of Danny Kedwell and Bradley Bubb and was delighted to see Sean Shields register his fifth of the season: “Bubb’s goal tally this year is very good for the minutes he’s played, he’s powerful and he’s an outlet. I’m glad Shields got a goal as well, he’s done a defensive job probably the last two weeks very, very well and it’s great for him.”

Talk of promotion is far too early as well, McMahon declared, as his side came into view of Maidenhead for the first time in several months.

“We’re just going from game to game,” he said. “We’re not thinking about anything else. We said to the lads weeks ago that if we perform regularly, the results will come. We are performing well but we’ve got to maintain that for the rest of the season.

“Promotion is the aim obviously, how we do it we’ll see. It’s in Maidenhead’s hands still, they’re still the team in the driving seat. We are in decent form, we are behind them and putting pressure on them probably with our results but we still have to go and do it. It’s the start of February, there’s a long way to go still. I’ve seen it last year myself, being in this situation we we still have to a lot of work to get anywhere near winning promotion and as a group we know that.”

Ed Miller has been Ebbsfleet United's communications manager and programme editor since 2014 and responsible for the club website since 2007. Contact him on ed.miller@eufc.co.uk
PrevPreviousFleet 4-0 Concord Rangers
NextAway shirts on saleNext