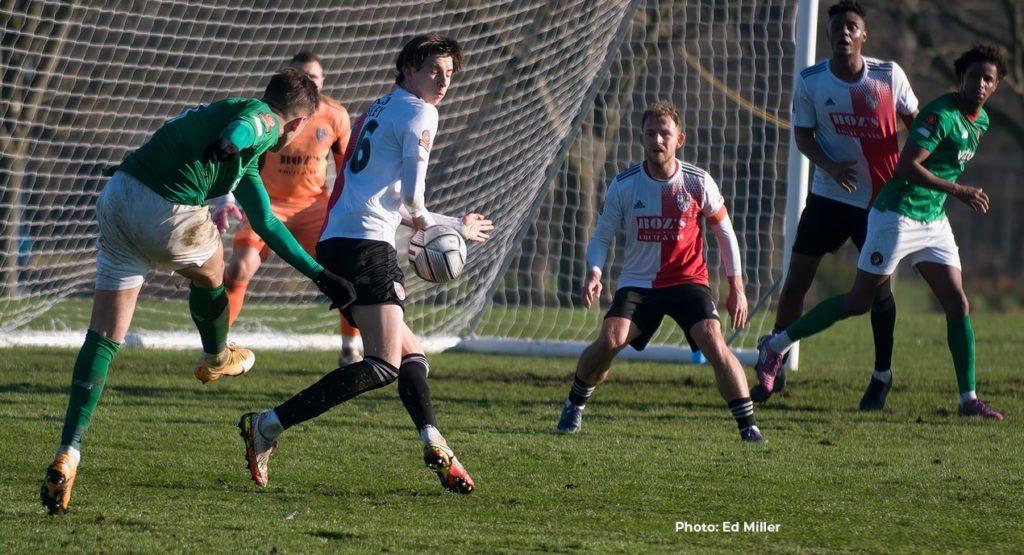 The Fleet may have an upcoming blank weekend in the calendar but that didn’t mean they’d be anything but match sharp going into the vital end-of-month fixtures as a friendly was arranged against National League Woking earlier today.

The morning kick-off at the Cards’ training ground in Surrey proved to be a competitive affair with six goals exchanged and Fleet taking the game to strong opponents, particularly in the second-half when the visitors bounced back superbly from a two-goal deficit.

Dennis Kutrieb was able to give minutes to Michael West, Will Wood and Alex Finney, who were both named in the starting lineup, while second-half appearances by Lee Martin, Kreshnic Krasniqi and Kieran Monlouis were also welcome sights.

It was Woking who began the scoring, edging ahead on 10 minutes with a header from close range after a ball was whipped across from the right. That early period was probably the National League side’s best showing of the game as they kept things tight and restricted Fleet to raids down the left from Adam Mekki.

But it was from the other flank where the equaliser originated on 18 minutes as Fleet more than matched their higher-division opponents, Wood battling into a pocket of space before breaking free to fire off an excellent shot from 25 yards that zipped into the bottom corner.

Fleet kept up a head of steam with several set pieces courtesy of Mekki but both sides ended the half all-square.

The second-half saw a number of substitutions before Tobi Adebayo-Rowling went ever so close when he ran in behind from the right flank to flash an effort across goal that ran free past the back post.

Woking regained the lead on 56 minutes, a tap-in from close range after a swift break upfield, but Fleet kept pressing and enjoyed the bulk of possession, Martin and Elliott Romain with decent chances after beating their men inside the box, while another shot pinged back off the post as the Cards just about held on to their lead.

They extended that lead on 78 minutes and looked to have put the game to bed but though a friendly it might have been, Fleet refused to let their momentum count for nothing and played some excellent passing football. Driven on by Jack Paxman from midfield, and with Monlouis providing some added muscle in the centre, it was 3-2 nine minutes from the end when Martin struck a shot in off the post, no less than he’d deserved after creating a couple of good opportunities.

And it was Martin who capped the late revival with his side’s third goal three minutes from the end when he was upended in the box and he picked himself up to fire the penalty home.

Fleet are back in the same part of the world with our trip to Dorking Wanderers next Saturday, January 22nd. Get tickets online for that one here.

Ed Miller has been Ebbsfleet United's communications manager and programme editor since 2014 and responsible for the club website since 2007. Contact him on ed.miller@eufc.co.uk
PrevPrevious‘Horizontal’ Tanner flattens Hemel
NextSecure your sponsorships for this season’s stirring second-half!Next