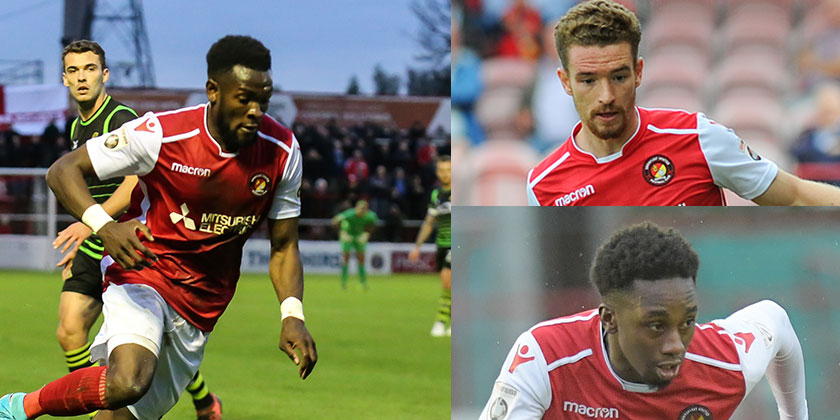 Fleet release three with Macca’s thanks

Daryl McMahon is meeting players throughout the coming days with the expectation that he will have a complete retained list by the end of this week.

The Fleet boss made the first decisions on his side’s make-up for next season by releasing three of his 2017/18 squad: Jack Connors, Anthony Cook and Marvin McCoy will all depart the Kuflink Stadium on the expiration of their contracts.

McMahon told FleetOnline: “This is always the hardest part of any season for a manager and it’s always with reluctance I choose not to offer players new deals. It’s especially so when the likes of Cookie, JC and Marvin did so much in helping this club to gain promotion and they played a massive part in our achievements this season, too. They’ve all been fantastic professionals and servants of Ebbsfleet United and I wish them the best of luck wherever they play their football next season.” 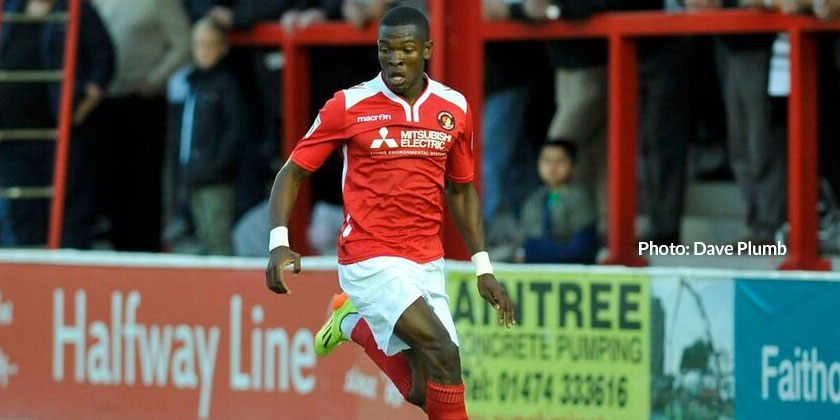 The larger-than-life personality that was Cookie made 168 appearances for the club in two spells from 2013 to 2015 before leaving for Bromley and again from January 2016, scoring 32 goals in total. He played in two promotion finals for the Fleet and was named supporters’ player of the year in 2013/14. With numerous highlights in a Fleet shirt, perhaps one of the most memorable was his crucial hat-trick the night the team created history in a record victory over Bishop’s Stortford. He wrote on social media, “Throughout, my career has been an absolute emotional rollercoaster and it has helped me develop as both a man and a player. Every single year this club has grown on and off the pitch and I am so happy to have been a part of it all. Memories were made that will last a lifetime and I made some lifelong friends. Special thanks to all my teammates, Steve Brown, Daryl McMahon, Peter Varney and the tremendous Fleet army. I hope the club achieves the success that it deserves.” 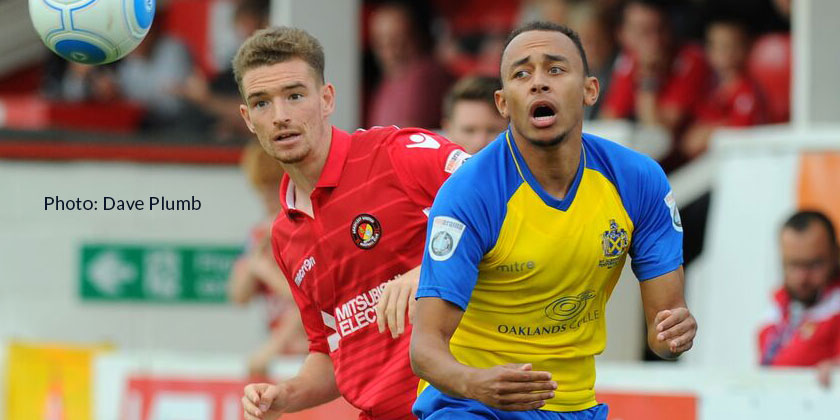 Connors signed from Dagenham & Redbridge in the summer of 2016, clocking up 77 appearances in a Fleet shirt. Another promotion winner from last season, his finale to this campaign was also an eventful one, with the left-back scoring his first ever professional goal at Torquay to ensure Fleet qualified for the play-offs, then netting a crucial penalty against Aldershot in a shoot-out before featuring against Tranmere Rovers in the semi-finals. Connors said of his departure, “I had an amazing two years at the club and memories that will last forever! I’d like to thank the players, staff and the fans and wish everyone connected with the club the very best of luck! I’m excited for my next challenge.” 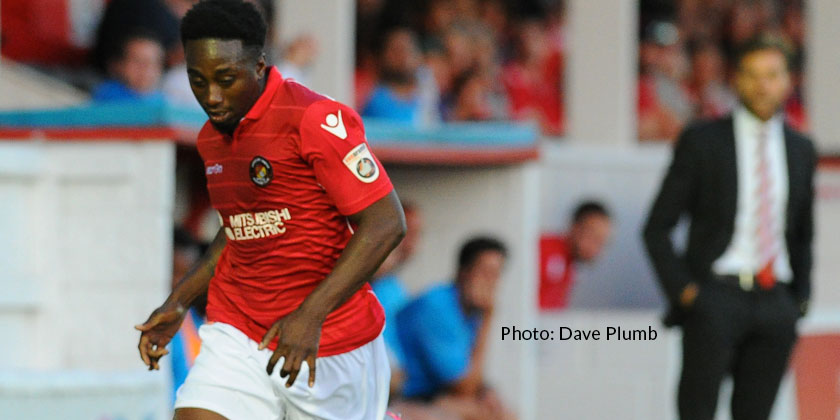 McCoy, meanwhile, arrived at the club shortly after his full-back colleague Connors and the former York City and Wycombe player was another who played a key part in our 2016/17 promotion. He totalled 66 appearances for the Fleet, including 90 minutes in the promotion final win over Chelmsford City. He said, “The last couple of seasons have been great and successful. I’ve thoroughly enjoyed my time at Ebbsfleet United but now it’s time for a new chapter on my journey. Would like to thank the players, fans and staff who have made my time here memorable, I appreciate you all!”

All three players have been given plenty of best wishes from grateful Fleet fans across social media and the club would like to join with those sentiments and wish all three players, who helped make history with us, all the very best in the future.

Ed Miller has been Ebbsfleet United's communications manager and programme editor since 2014 and responsible for the club website since 2007. Contact him on ed.miller@eufc.co.uk
PrevPreviousMitsubishi Electric fronting up to the Fleet once more
NextBT Sport to show National League reviewNext