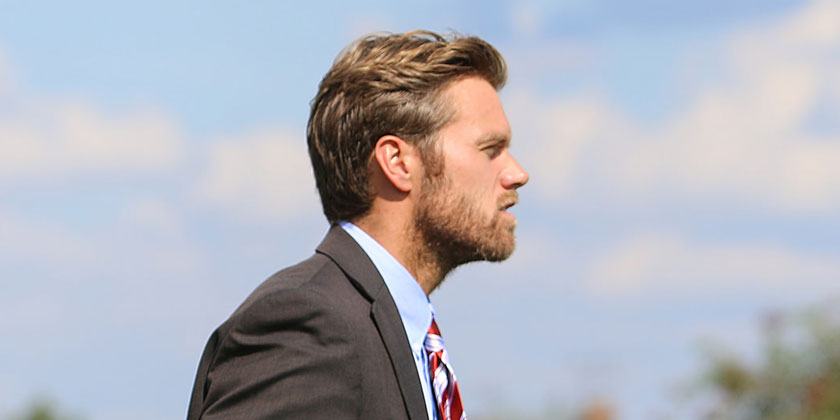 Fleet on track and on plan, says manager

Daryl McMahon was more than satisfied with another 90 minutes under his squad’s belt and dismissed the result to instead focus on the positives of the performance.

“It was just as good as Saturday,” he told Charles Webster. “I thought it was an excellent game, thought we created a number of chances that we didn’t capitalise on and probably that was the difference between the two teams. They were more clinical in the final third than we were.”

The goals conceded and the lack of goals scored were the manager’s only complaints but in pre-season, he insisted they were things to improve on over the next fortnight. “The goals were poor from our perspective, but it happens and I’d rather it happen in pre-season, then we can iron them out,” he said. “We’ve got to be better in the other box, without a doubt. We didn’t just create half chances, they were good chances that we should have taken but overall the performance was very pleasing.”

Fleet, especially in the first half, played some entertaining stuff, with great movement of the ball in midfield and they looked a threat from both flanks. And McMahon says it’s not just something that has developed this summer. “I think we’ve been like it for two years,” he claimed. “The team totally changed tonight from Saturday but the game was played in the same style from us. I thought we looked really good, especially the first half. They made a lot of changes at half-time, they probably had a little bit more legs at the start of the second half, we tried to get the lads 80 to 90 minutes today if we could.”

Darren McQueen again impressed in his late cameo, almost fashioning two goals with his pace and McMahon joked, “He’s just not quick enough, he can’t get on the end of his own crosses! He had a real impact when he came on, he’s lightning. And he as great movement and good quality as well.”

Fleet’s only real negative was an injury to Andy Drury after the midfielder had been on the pitch just shy of 40 minutes but McMahon says it’s too early to assess that one: “We won’t know till Thursday. He has rolled his ankle and it was his ankle he had issues with last season so hopefully he won’t be too bad, but we’ll assess on Thursday. [Myles] Weston had a tight calf, Cookie’s got a tight groin. Nothing major, we just rest them, no reason to push them and hope to have them back in training Thursday or Friday.”

Ed Miller has been Ebbsfleet United's communications manager and programme editor since 2014 and responsible for the club website since 2007. Contact him on ed.miller@eufc.co.uk
PrevPreviousFleet 0-2 Cambridge United
NextPlayer sponsorships down to last fewNext