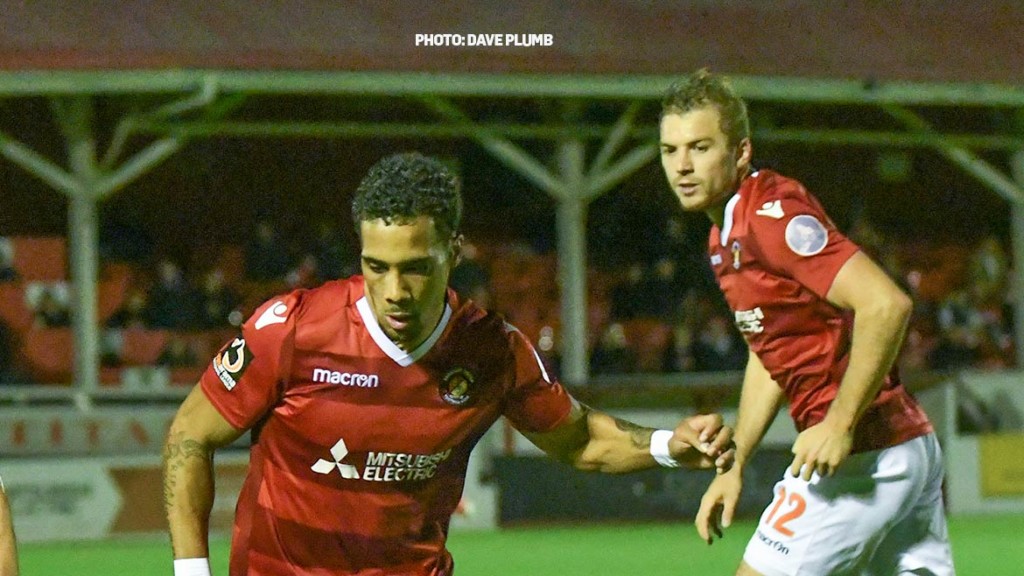 Ebbsfleet United were the first side to shut out Hartlepool’s strike force since early November – and indeed Pools have failed to score in four attempts against the Fleet now – but those stats aside, it was largely an evening of frustration at the Kuflink Stadium.

A goalless draw was the right result based on the number of chances – or lack of – but Fleet will still feel they might have taken the three points had they transformed territory into solid efforts on Scott Loach’s goal.

Garry Hill made two changes, with Dean Rance returning from suspension and Cody McDonald starting, meaning Ebou Adams and Corey Whitely dropped to the bench. Pools, fresh from a commendable 4-0 triumph at Boreham Wood, were unchanged with in-form Nicke Kabamba leading the line.

Fleet made an enthusiastic start, looking to build on Saturday’s win at Harrogate, and McDonald combined with Michael Cheek inside the first minute, the latter looking like he’d given Myles Anderson the slip only for the defender to deny him inside the box at the second attempt.

Five minutes in, McDonald was in the thick of it again, turning and whipping a low shot just wide. The former Gillingham striker was providing most of the talking points and four minutes later he went shoulder to shoulder against Peter Kioso inside the penalty area but came off worse, receiving lengthy treatment while a stretcher was called for. In the event he didn’t need it and resumed play, only to see Jack King yellow-carded for upending Luke James who had threatened to get clean away while Fleet were down to 10 men.

There was further work for Fleet physio Jamie Crosswell when Andy Drury required a bandage for a cut to the head before home fans were up out of their seats on 21 minutes when Cheek loped into space and slid a low shot past Scott Loach only to see it skim agonisingly wide of the far post.

McDonald’s brave attempts to soldier on ended on the half-hour mark as he succumbed to the injury and Whitely made an entrance but the game was becoming increasingly bogged down in the middle of the park, with both goalkeepers all but spectators.

Loach did have to pick the ball out of the net six minutes before half-time when Jack Payne’s throw-in was guided across by Chris Bush to Whitely but the referee had whistled moments before the substitute tucked it home.

At the other end, Hartlepool’s best opportunity came on the stroke of half-time when the willing run of James saw him get past King but Sam Magri was smartly across to see the ball out for a corner.

The second half did little to improve the spectacle. King, having ventured farthest forward, headed a high ball into Rance’s path but he didn’t really connect and then Whitely should have picked out Lawrie Wilson’s run down the right but instead blasted a shot into the Plough End.

Payne then pulled rank over Bush to float a free-kick round the upright and Fleet got an attractive passing game going in midfield for a spell, but it lacked the creative touch to unlock the Hartlepool defence.

The energetic James managed to turn the Fleet defence on the halfway line and would have been through on goal but for Magri’s tracking of him and eventual tackle. Indeed Magri was proving influential with a couple of runs into the Pools half carrying the ball, one mazy effort taking him right into the box before he was dispossessed.

Danny Kedwell replaced Cheek and got his head on one cross but that flew wide. Hartlepool saved their best for last and with the Fleet defence seemingly coping with Kabamba, who had scored in his previous four games, the former Havant striker suddenly unleashed a goalbound effort that Ashmore, who refused to let his concentration wander over the 80 minutes, did brilliantly to stretch for and claw out from under the stanchion.

Myles Weston saved a well-timed tackle for another Pools attack and Bush then mopped up as the visitors sensed they might steal a winner, James forcing Ashmore into another save five minutes from time. Hartlepool launched a series of corners in time added on but a late goal would have been an injustice and it ended all square.

Ed Miller has been Ebbsfleet United's communications manager and programme editor since 2014 and responsible for the club website since 2007. Contact him on ed.miller@eufc.co.uk
PrevPreviousPREVIEW: Hartlepool United
NextAshmore the difference between one point and nothingNext