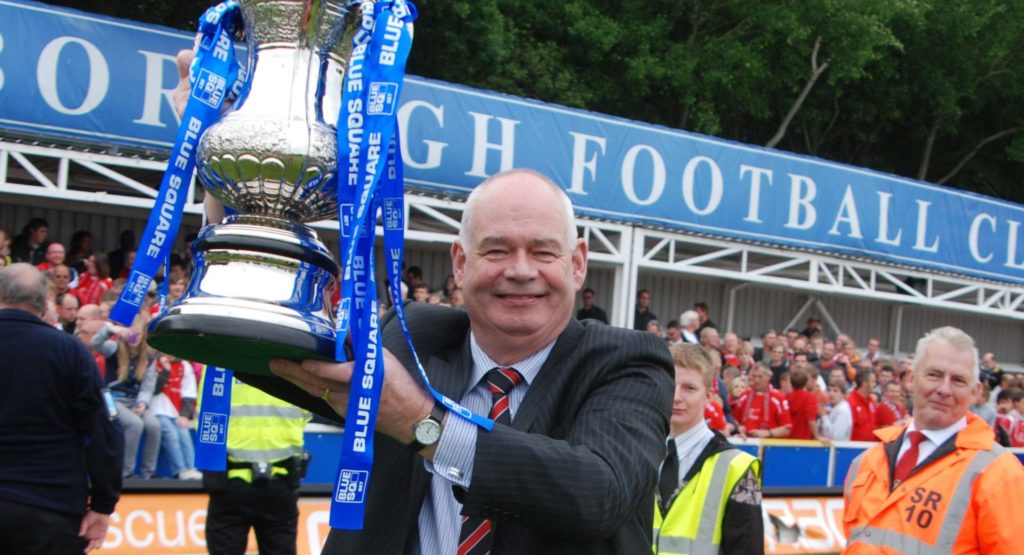 Fleet’s long-serving club secretary of 12 years, Peter Danzey, has announced he will be leaving the club to follow Maggie Danzey into retirement after his many years of exemplary service at Stonebridge Road.

Peter handed his resignation in yesterday following the Fleet’s away friendly at Bromley.

The role of club secretary has changed greatly during the many years of dedicated service Peter has given with a new focus on Covid health and safety protocols and new digital-based registration systems being introduced over the past 12 months. Ebbsfleet United has also become genuinely full-time last season with the squad and management team now being based at Kuflink Stadium daily.

Peter took on the hugely responsible role of club secretary here in 2009, succeeding another long incumbent in the job, Roly Edwards, who had been in the position himself for 12 years.

Peter, who went to school in Swanscombe, began work at Empire Paper Mills in 1960, managing the finishing department there before taking on a role with Aylesford Newsprint until his retirement in 2009.

As a player, Peter turned out more than 800 times for his works side at Empire Paper Mills. A no-nonsense centre-half (he might have told one or two of you about it down the years!), he played for 18 years from 1960-78 and after hanging up his boots continued to serve as the club’s secretary until it was disbanded in 1996.

His experience in football administration led him to join the Gravesend League where he served as secretary and fixture secretary, roles he held until it folded in 2012 after 108 years, overlapping with his position as Fleet’s secretary. He also managed the Gravesend Football League side in its games against other local associations.

And in 2013, Peter was honoured by the FA for his half-century of service to the game, the most prestigious award the association gives out to its administrative officials. He recovered from a breast cancer diagnosis in 2018 and made headlines in local and non-league media as he raised awareness about the rare condition in men.

Before joining the Fleet, Peter was also a season-ticket holder for many years at his boyhood favourites Ipswich Town.

Ebbsfleet United would like to pay tribute for all Peter and his wife Maggie have done in his 12 years at the club. We wish them both a very happy retirement and look forward to welcoming them back in more relaxed roles as cherished supporters of the football club in the future.

The club is now advertising for a replacement club secretary/ football administration executive. All interested candidates should please send all CVs and cover letters to info@eufc.co.uk in the first instance.