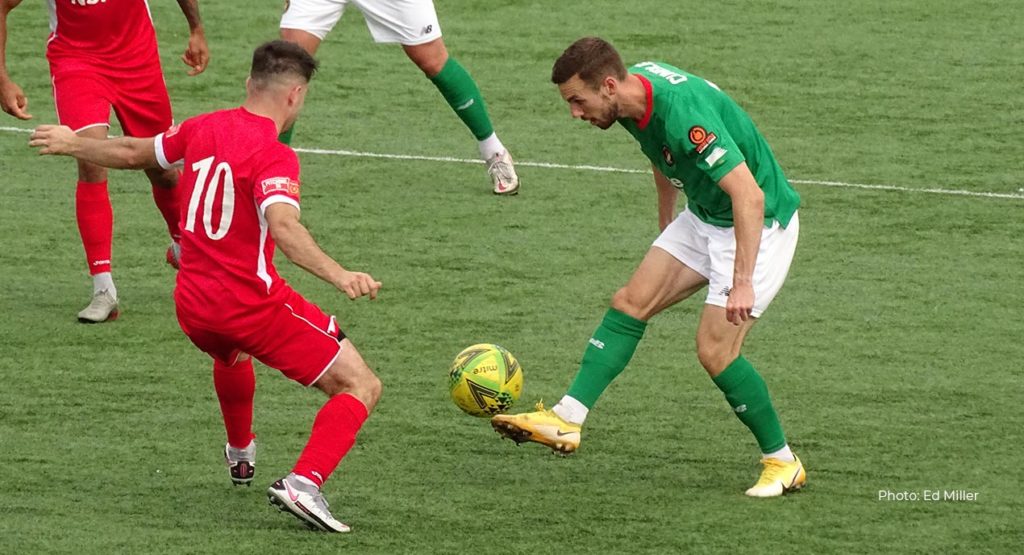 Elliott Romain’s predatory instincts sent Fleet into Monday’s Third Qualifying Round draw as the striker came off the bench to tuck away Ben Chapman’s delivery with time ticking down to a replay.

A quick-start opening saw Isthmian League Carshalton take the lead before Rakish Bingham equalised – and that scoreline looked like it might stick for the full 90 until Romain roared into action.

There were three changes and two debuts for the Fleet, with Chris Haigh, Kreshnic Krasniqi and Sefa Kahraman replacing Josh Gould, Lee Martin and the suspended Chris Solly.

Carshalton were bright in the opening stages but were forced into a defensive posture for a little while as Fleet kept possession and pushed to stamp some authority on the game – but an early goal was the visitors’ undoing as Carshalton got away on the break on seven minutes. An attack down the left by Lewis White gained them ground and with Danny Bassett lurking in the box, a cross played on by Daniel Bennett found him and he was able to fire past an unguarded Haigh.

Fleet fought back to earn a penalty five minutes later when Craig Tanner’s little shimmy took him into the box before being the referee thought he’d been upended as he opened up for a shot. Bingham took the penalty and although Lloyd Thomas beat the spot-kick away and on to the post, the Fleet skipper for the day pounced to send it into the net for the equaliser.

It was end to end stuff for a time and when Jordan Cheadle’s free-kick was headed inches wide of Haigh’s post, Fleet then sprinted up the other end, Tanner and Joe Martin exposing the home defence to give Jack Paxman half a sight of goal, but Thomas was able to get a hand and leg in the way of that one.

The pace of the game died a little midway through the half, with Fleet’s best opportunity a ball over the top into Bingham that bounced into Tanner’s path but he was quickly closed down and Thomas was able to gather it.

Bingham’s strong run on 37 minutes promised a breakthrough but he was halted in his tracks before goalscorer Bassett sent an effort flying across goal at the other end that might have exposed Haigh but for his strong hand on it and good positioning by Kahraman and Joe Martin to clear.

Fleet had been troubled by former Dulwich midfielder Lewis White’s battling performance and his pace when he was allowed to attack, while Daniel Hector and Bassett made nuisances of themselves as Carshalton held their own.

The first real action of the second half came five minutes in when the lively White snuck in behind the Fleet back line from a Carshalton free-kick and he got past Haigh but the angle was too tight as he attempted to lift it into the net.

White’s running opened up the Fleet again a minute later and he bore down on goal as the Robins broke at pace. He whipped an effort goalwards that Haigh stood up well to, blocking with his body.

Moments later Greg Cundle jinked his way into the box from the left, squaring for Bingham whose side-footed effort clattered into the hoardings just behind Thomas’s goal.

Another fine chance came Carshalton’s way on 62 minutes when skipper Paris Hamilton-Downes took down a White pass through the middle and from 12 yards it required a most timely challenge from Ben Chapman to thwart him.

Cundle’s runs down the left were Fleet’s primary sources of threat as Dennis Kutrieb sent Lee Martin and Dominic Poleon on to try to spark the visitors’ front line to greater heights.

It was Martin who teed up one of Fleet’s better chances of the second half on 74 minutes when he reached the byline and pulled the ball back with Tobi Adebayo-Rowling advancing. The Fleet No.2 hit it sweetly but there were a crowd of red shirts in his way and it was blocked.

Robins’ substitute Harry Ottaway might have done better when a one-two found him on the left of the Fleet box on 78 minutes but he couldn’t get much power onto his shot to trouble Haigh. Four minutes after that, a free-kick came swinging in from the left courtesy of Cheadle and it flew past the Fleet wall to find Jalen Jones who sent a header just wide.

With Carshalton pushing, Kutrieb’s masterstroke came seven minutes from time, calling Romain off the bench and on 88 minutes he won it. Chapman, full of energy and running as usual, had been playing on the right but he found the legs to extend Carshalton, moving across the pitch and down the left, playing a one-two to eventually deliver a low ball into the box. It ran behind Poleon but waiting to mop it up was Romain who needed no invitation as to where to direct the ball and in it went.

The home side summoned a huge last effort with four minutes of added time played and they pressed well, winning a couple of set pieces that the visitors defended, Haigh pouncing on substitute Ernold Haxhiu’s break through the middle, to secure their place in the Third Qualifying Round for the second successive season.

Ed Miller has been Ebbsfleet United's communications manager and programme editor since 2014 and responsible for the club website since 2007. Contact him on ed.miller@eufc.co.uk
PrevPreviousPreview: Robins on red alert for Fleet reaction
Next‘Humble’ Romain deserved winner, says bossNext 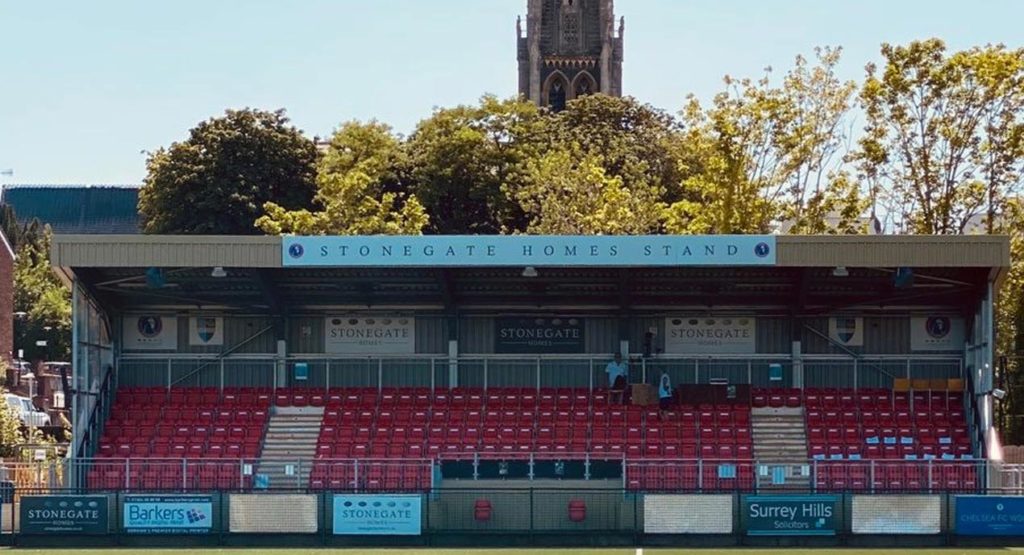 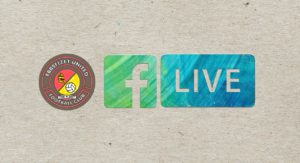 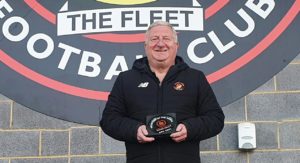 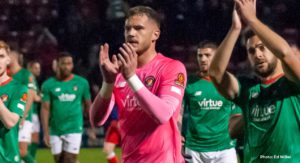