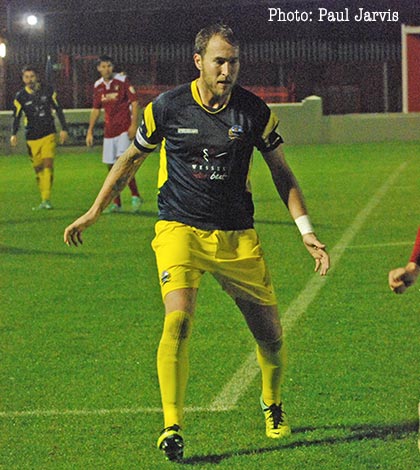 Super Saturday in the South…

This weekend is all set for the Vanarama Conference South’s equivalent of Sky’s ‘Super Sunday’ with the top eight all in action against each other – an ideal opportunity for some to progress at the expense of their rivals.

With three defeats from Fleet’s last four league games, Jamie Day knows now is the time to step up, with little more room for error as February looms. But as ‘luck’ would have it, his side are up against perhaps the most organised team to have visited the PHB Stadium this season in Gosport Borough – in a defeat that ultimately spelled the end of Day’s predecessor Steve Brown.

But with scalps including Welling, Boreham Wood and Forest Green recently, plus a more than competent draw at Braintree Town, a result at Gosport is well within the grasp of the new-look Fleet – providing the costly errors which saw Sutton take three points are not repeated.

And the Fleet boss will need to reshuffle his defence anyway with Joe Howe’s dislocated shoulder keeping him out for a number of weeks. Sean Shields played the wing-back role at Boreham Wood, while Brendan Kiernan replaced Howe on Tuesday night in the same position. Tom Bonner also comes into contention for a place, with Day’s preference for a 3-5-2 meaning that a start for the new signing from Cambridge could certainly be on the cards.

Up front, Tyrone Marsh is also back in the squad after he sat out Tuesday’s game through being cup-tied.

Fleet’s league form – and the general up-and-down nature of this season’s Conference South – is such that teams including Concord and Hemel Hempstead have appeared in the rear-view mirror while Sutton now lie only five points off the Fleet’s total. A run of form – which Fleet are due given their rather patchy consistency so far this season – would certainly help cement a play-off place and kick-start the manager’s stated goal this week of achieving up to 10 more wins from 15 games.

Last season’s corresponding fixture at Privett Park saw Fleet produce a very professional performance to come away with a 2-0 win in the same week that Gosport played at Wembley in the FA Trophy Final. With Howe out, only Preston Edwards and possibly Dean Rance – who missed Tuesday through illness – will remain of the players who featured in that game.

Gosport’s form since their Wembley appearance, both at the end of last season and throughout this campaign – has been nothing short of impressive. They are currently unbeaten in eight league games at home and stand three points clear of the Fleet in sixth place.

Manager Alex Pike has just celebrated 500 games in charge of the Hampshire side but was sufficiently worried by a small blip in results recently that he has added Jason Dodds and Paul Williams, who between them have 800 League appearances for the likes of Derby, Coventry and Southampton, to his backroom staff. Borough have also signed midfielder Andy Robinson from Dorchester Town and defender Curtis Da Costa from Swindon.

Since their 3-0 win over the Fleet, Borough have stuttered a little on the road, losing to Havant, Whitehawk, St Albans and Staines but their home record is good with only our own Trophy opponents Braintree Town having come away with a win at Privett Park in recent months.

Pike will be without suspended trio Sam Pearce, Mike Carter and Lee Molyneaux, while Robbie Matthews is carrying a groin injury and has not yet been passed fit. Carter in particular caught the eye at the PHB Stadium earlier this season, running the show from midfield and scoring Gosport’s second goal and his form has attracted Football League attention.

Fleet will still have to keep an eye out for the lethal 30-goal pairing of Justin Bennett and Matt Paterson (both scored in Borough’s 2-0 win over Bishop’s Stortford last week). Paterson is in the throes of a return to the Football League with Swindon attempting to iron out a deal but in the meantime remains a vital cog in the Gosport setup.

Ed Miller has been Ebbsfleet United's communications manager and programme editor since 2014 and responsible for the club website since 2007. Contact him on ed.miller@eufc.co.uk
PrevPreviousBraintree Town 1-1 Fleet
NextJefford joins on loanNext