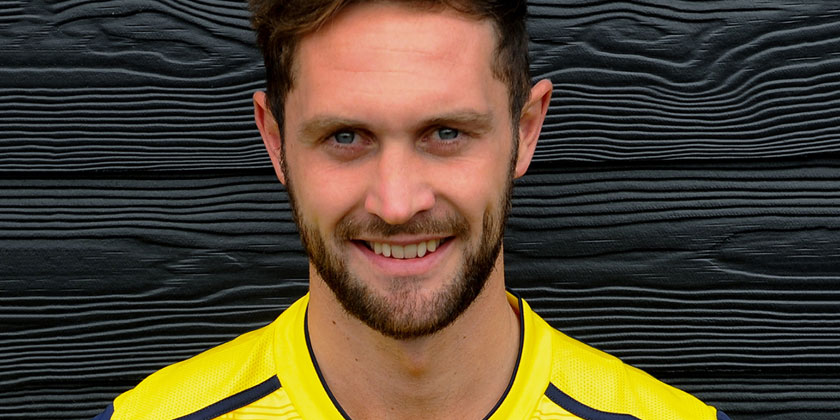 Returning Fleet midfielder Dean Rance, who started his first game of the season on Saturday at Chester, believes his side are only one win away from going on an altogether different kind of run to the succession of draws of recent weeks.

“Once we get a run going, I’m sure we’ll keep it going,” he told BBC Radio Kent’s Charles Webster. “You can see out on the pitch, I don’t think there’s been one game where we’ve been outplayed, I think we’ve more than held our own.”

But, as his manager also pointed out after the game, it’s dependent upon highlighting and rectifying mistakes that have led to goals conceded. “We’ve got to do better higher up the pitch to stop the ball and then we’ve just got to defend better,” Rance said. “That’s as a team. I think when we go 1-0 up we’ve got to take the game to them and try to get the second goal but for some reason we’re not. That’s twice now in the week that we’ve gone a goal up and come away with a point.

“I don’t think it’s a [mental toughness issue]. We’re going to have a look at the videos and see where we’ve gone wrong and we’ll rectify it I’m sure for Tuesday.”

After playing 45 minutes against Eastleigh last weekend, Rance performed solidly throughout the 90 at Chester, flying about not only the midfield positions but also popping up on the edge of his box to sweep up numerous Chester attacks. And despite the lay-off, the No.4 didn’t appear remotely ring rusty.

“It was good for myself. I felt OK out there, felt good,” he said. “But it was frustrating with the result especially to go 1-0 up away from home, you’d expect to keep a clean sheet but we’re getting punished for little mistakes. I think we need to iron them out, keep clean sheets and get the wins however you can. At the moment it’s too many draws.

“More games than not we’ve deserved to win so you look at the games over the season and there’s such fine margins so you take three, maybe four games you deserved to win and instead you’ve got a draw and that decides whether you’re at the bottom of the table or the top.”

Rance also praised his midfield colleague’s strike as Jack Powell’s second goal in as many games almost sealed that elusive win: “We know Powelly and the quality he’s got. We know he’s got that in his game. It deserved to win the game but it’s disappointing to come away with a point.”

Rance and his teammates look ahead now to the visits of Aldershot Town and Tranmere Rovers as the games get no easier for the Fleet. “Tuesday will be a big game, a big crowd,” he said. “We’ve not been beaten today, it’s away from home, you could say it’s a good point. It’s just you look at the points before that and you think we need a win somewhere. We haven’t lost all season so we go into it with confidence as we should.”

Ed Miller has been Ebbsfleet United's communications manager and programme editor since 2014 and responsible for the club website since 2007. Contact him on ed.miller@eufc.co.uk
PrevPrevious“We can achieve more than we are…” says McMahon
NextAldershot match ticketing detailsNext