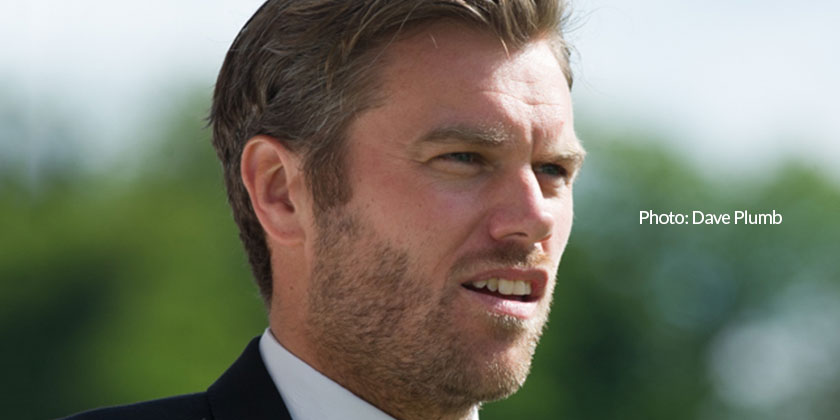 Macca: even Theresa May was against us

Daryl McMahon was confident his side could spoil the York Road party today despite the form of Maidenhead United, the loss of Bradley Bubb and the intent of the UK Prime Minister.

“We’ve come here with everyone against us including Theresa May so to win today was a massive thing for us,” the Fleet boss told BBC Radio Kent’s Charles Webster. “I had no doubt we’d win in the week. We’re in great form and I know they are to be fair to them. I just thought coming here today it was key for us to keep the ball. We started with three in midfield and one up top which we would have done whether Bubb had been fit or not, it would have probably been just Bubby.”

McMahon was pleased his side didn’t panic at 1-0 down but stuck to their task and ultimately got their reward. “Even though we were one down in the first half we limited them only to set pieces really and even in the second half there was one save by Ash from Tarpey when he got down the side and a striker as good as him, in the form he’s in, is going to get a chance.

“We said to the lads it’s a 90-minute game, you don’t have to go out in the first half and get a goal and hang on. It’s a long game and you’ve got to manage the different situations in the game. When you get put under a bit of pressure you’ve got to embrace that and enjoy that and come through it, then when you’re on top get your goals.”

The manager revealed that with limited tactical options available, he was preparing to send Yado Mambo on up front before Dave Winfield struck the winner.

“Once we got to 60, 70 minutes we knew that McLean would blow up and we were thinking about putting Yado Mambo on up there for the last 10 if we had to, to have a little push, but luckily we got the goals before that.

“You can’t take anything away from Maidenhead. They’re a very, very good side and any team that’s top of the table is top on merit but I think we’ve come here and put in a good account of ourselves today.”

And as for next week, McMahon is certainly not changing his tune or focus as he concentrates on three points against Oxford City while whatever happens at Margate will play itself out. “I’ve said all along we’ll be looking at ourselves and making sure we perform to the best of our ability like we did again today. We hope to win it, of course. We’ve got a job to do ourselves.”

With plenty of Fleet connections at Margate, McMahon is banking on his former manager Steve Brown and one-time Academy colleague Steve Watt helping out in the ultimate quest for the title. ” Obviously we want to win the league, we’ve put ourselves in a great position. We hope that Margate with Brownie, Watty, Thalassitis, Palmer can all do us a favour and {Jonathan Miles] is obviously there as well.”

Ed Miller has been Ebbsfleet United's communications manager and programme editor since 2014 and responsible for the club website since 2007. Contact him on ed.miller@eufc.co.uk
PrevPreviousWinner Winfield gets a buzz at both ends!
NextSummer friendlies to include memorial matchNext