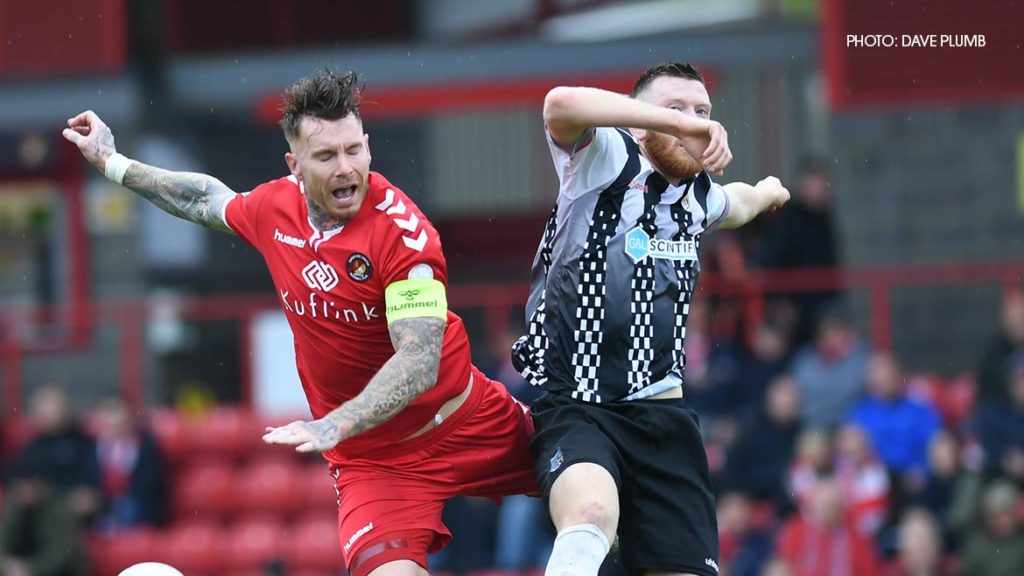 One for sorrow, two for joy goes the nursery rhyme – and Fleet need to repeat their win of 10 days ago over the Magpies of Chorley against the Magpies of Maidenhead if there’s to be any joy from this Tuesday night’s trip.

With a succession of relegation rivals in their sights – first Chorley, then Chesterfield and now Maidenhead – the Fleet squad must realign their targets. Chorley were seen off, Chesterfield got away and now reeling in Maidenhead is the most pressing concern.

A first win at York Road since 2017’s National League South showdown would put Kevin Watson’s men five points behind Maidenhead with 10 games and 30 points still to play for.

It was Maidenhead whose late goal at the Kuflink Stadium consigned Watson to an unlucky first defeat of his reign as caretaker manager and if he can turn the tables this midweek, it would put some added pressure on Alan Devonshire’s side.

Fleet go into the game with some defensive concerns following former Maidenhead defender Ayo Obileye’s head injury on Saturday plus Marvel Ekpiteta’s late substitution and a flat back four would seem the most likely option in their potential absence.

Despite falling to their lowest position of the season following defeat by Aldershot Town on Saturday, Maidenhead’s form isn’t that bad and they lie two places below the Fleet in 15th place over the last six games.

The Magpies have tended to avoid getting stuck in a rut, reacting to bad results with a couple of decent ones – and they have won recently at Solihull Moors.

Their home form is patchy, however, and they are one of only three teams with a worse record on their own ground than the Fleet. Three of their four wins at York Road, however, have come against relegation rivals – Eastleigh, Wrexham and Chorley all defeated.

The Magpies go into this one, like Chesterfield, knowing a win would put some clear daylight between themselves and third-bottom. Striker Danny Whitehall will be the big threat, with 13 goals this season including one at the Kuflink Stadium. He has, though, scored most of them in two-goal bursts followed by periods without finding the net and it’s exactly a month since his last goals.

Devonshire’s lineup has changed little since the Fleet and Maidenhead met in October, though he did lose front man Jake Cassidy to Stevenage. In have come midfielder Jayden Mundle-Smith on loan from Fulham plus striker Ody Alfa from QPR, who played for Billericay Town earlier this season.

The last two meetings between the sides at York Road have both produced 1-1 draws but Fleet will hope to get more than the one point on the board.

Ed Miller has been Ebbsfleet United's communications manager and programme editor since 2014 and responsible for the club website since 2007. Contact him on ed.miller@eufc.co.uk
PrevPreviousGerry Parker 1925-2020
NextMaidenhead United 1-3 FleetNext