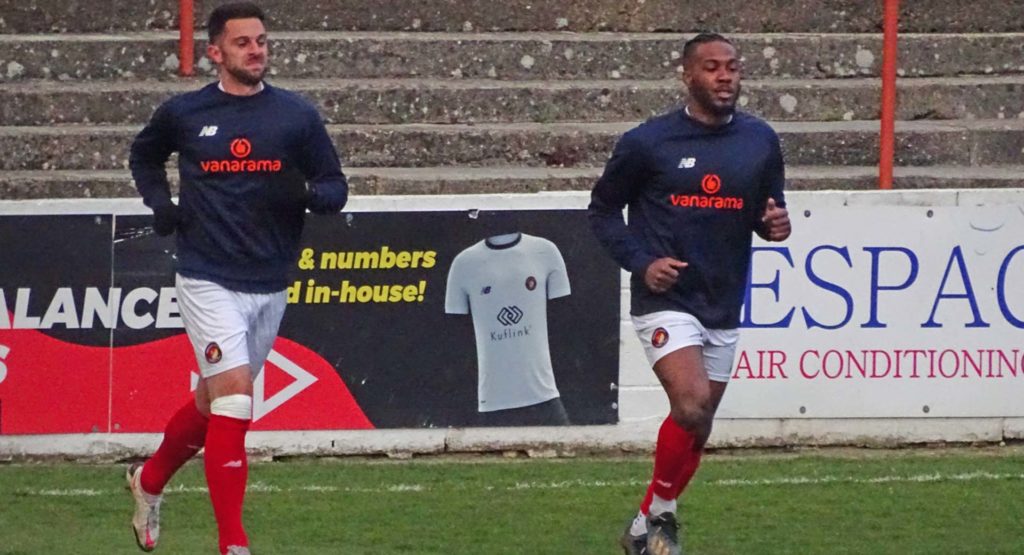 Fleet on song in five-goal salvo

The Fleet’s forward line took full advantage of an opportunity to maintain their sharpness in front of goal as Dennis Kutrieb’s side racked up five goals without reply in a Tuesday night training match v Ramsgate.

The visitors started very well and Fleet’s defenders had to concentrate fully in the early stages but after that initial flourish from Ramsgate, the home side asserted control. Utilising Adam Mekki and Tobi Adebayo-Rowling out wide, Fleet got on top and could have opened the scoring on a couple of occasions but for some stubborn defending and good goalkeeping.

The opener did arrive on 25 minutes, a short corner dummied by Mekki into the path of Martin who swept it home with a first-time shot from 12 yards.

Martin turned provider five minutes later, side-footing a pass into the box for Rakish Bingham. Fleet’s top scorer wheeled towards goal, wrong-footing two defenders but was pulled back in the box. He picked himself up to despatch a penalty for 2-0.

Fleet added three more in the second half and with plenty of intricate and fast-moving build-up play might have extended the scoreline beyond five. It was Dominic Poleon who added a brace to put the game out of reach. First, on 53 minutes, he pounced on some defensive hesitancy 30 yards out to dispossess the Ramsgate skipper, home in on goal and coolly lob the goalkeeper.

And the former Leeds United striker got his second of the night on 65 minutes. A clearance upfield saw Poleon chasing and his pace got him past the covering defender and into the box, where he was brought down from behind. As Bingham had won and scored the first penalty, so Poleon stepped up to fire home the second spot-kick to make it 4-0.

Four minutes later, Michael West added the icing on the cake when Martin’s corner was hacked clear to the Fleet’s No.10 lurking on the edge of the box. He took a touch before rolling a low shot through a crowd and into the bottom corner.

Ed Miller has been Ebbsfleet United's communications manager and programme editor since 2014 and responsible for the club website since 2007. Contact him on ed.miller@eufc.co.uk
PrevPreviousLeague chairman to step down
NextFleet provide exciting video data analyst internship opportunityNext