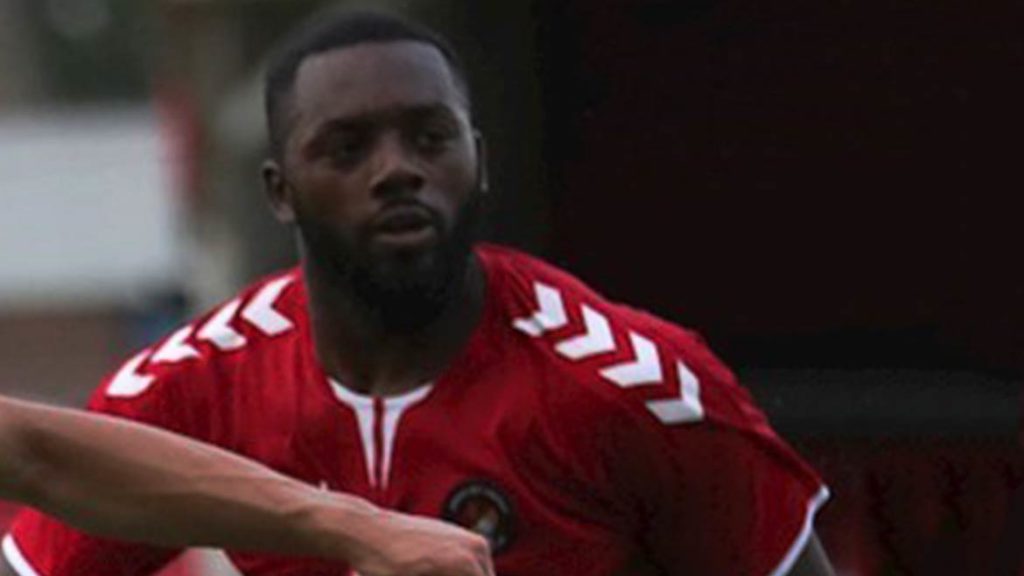 Victory at Victory Park was all Kevin Watson asked of his men but even he might not have foreseen such a comprehensive victory as Fleet blasted four goals away from home for the first time since New Year’s Day, writes Mark Halliday.

Chorley might well feel aggrieved not to have mounted more resistance to that scoreline, particularly in a first half where they enjoyed the bulk of possession and saw a number of good chances go begging, but Fleet’s clinical forward play and controlled second-half performance was the winning formula.

There was one change to Saturday’s win at Sutton, with Harry Palmer making his debut in goal as Jordan Holmes hadn’t recovered from his head injury. Up front, Gozie Ugwu kept the shirt ahead of Josh Umerah and his brace this evening moved him into double figures in his Fleet career ahead of the visit of his old club this Saturday.

And Palmer got a couple of touches to settle any nerves on his debut, with Louis Dodds’ third minute shot a good one, but it was his opposite number who was picking the ball out of the net before five minutes were up.

Fleet’s opener came via a Myles Weston free-kick from the right that Ugwu flicked on. With Andy Teague unable to deal with it, Marvel Ekpiteta drew a decent save from Matt Urwin but followed up to attack the loose ball and strike it firmly home.

Chorley hustled and bustled as they sought to get back into a game that was as vital for their own relegation battle as it was for the Fleet. The home side certainly dominated the corner count and headed clearances were the name of the game for a spell, Palmer also having to get in the way of Ntumba Massanka’s 19th minute effort.

At the other end, Albie Morgan got a decent effort on target that Urwin saved but it was Chorley who came closest to adding to the evening’s goal tally. Andre Blackman was forced to deflect Matt Challoner’s effort behind for a corner and from that delivery, Teague’s effort was booted clear off the line.

Back came Fleet and on 25 minutes Ugwu beat Urwin to a ball as the keeeper’s rush of blood put his goal in jeopardy but Chorley had two men back to save his blushes.

Palmer saved another effort that went for a corner as the deliveries from set pieces continued to prove tricky for the visitors. And Chorley should have equalised when Teague scooped another corner against the post and with black and white shirts piling in for the rebound, it was somehow cleared once more.

Reid tested Urwin on 35 minutes but it was Ugwu who gave his side some daylight two minutes before the break and they had their set-piece delivery to thank for it once more. Frankie Sutherland’s free-kick was delivered into the box, it bounced around and as Chorley failed to clear, Ugwu with his back to goal flicked the ball up and got enough on his second touch to fire it past Urwin.

Chorley must have cursed their luck with that half-time score but they failed to channel that frustration and anger in the second period. Indeed Fleet almost wrapped things up on 52 minutes when with their first corner of the game, Reid and Jack King climbed and the latter’s header came back off the crossbar.

The visitors were probably pleased to see Chorley striker Chris Holroyd, with a good scoring record against the Fleet, depart shortly after that and although his replacement Louis Almond looked hungry for a goal, Palmer wasn’t unduly troubled.

The game was effectively put to bed on the hour mark when Ugwu scored his second of the night with a confident, crisp strike into the bottom corner as he held off the attentions of a defender to make it 3-0.

Reid then pounced on a lightweight back pass and rounded the goalkeeper but, from an angle, he saw the post deny him. And with time ticking away from Chorley, Fleet played some neat football as they sought to gain ground on their rivals’ goal as well as points difference.

They chalked one more goal up four minutes from time and it was the pick of the bunch. Weston found Morgan on the edge of the box and having been denied by an own goal on Saturday, the Charlton loanee this time made sure his name was on the scoresheet as he curled an exquisite effort beyond Urwin.

Substitute Umerah might have claimed a penalty late on when his heels were clipped but the referee waved that one away.

Watson’s men departed the field via a handshake or two with the cold but delirious band of Fleet supporters who know that Operation Survival is in full swing.