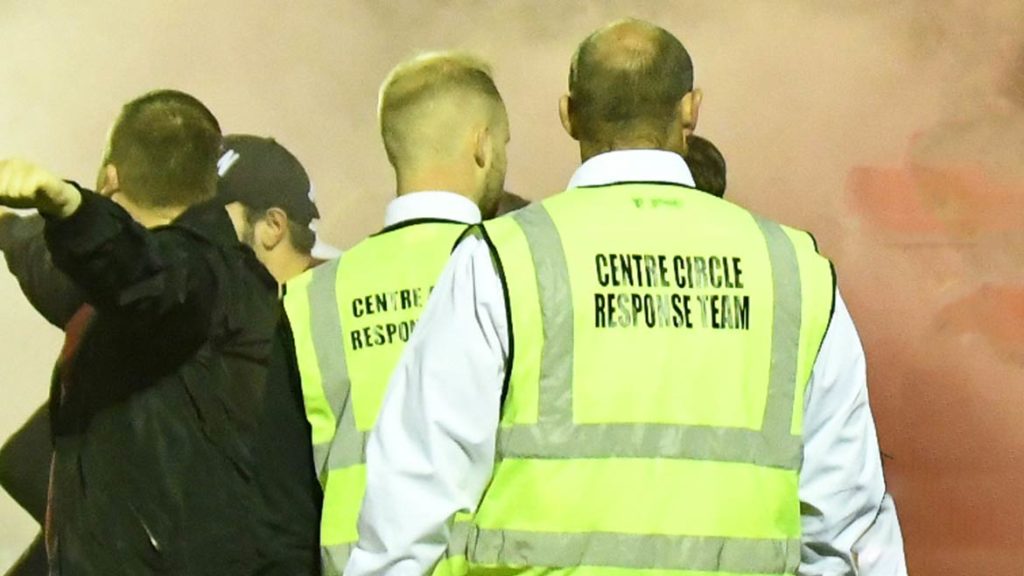 The club strongly condemns the behaviour of a minority of supporters at last night’s league fixture v Yeovil Town.

A number of incidents have the potential to land the club in hot water with the authorities with serious potential consequences.

Once again, the club has to reiterate its zero tolerance approach to the use of pyrotechnics. What may seem like fun to those using them inside football grounds is in fact illegal behaviour. The National League campaign ‘Smoke – No Joke’ aims to reduce and eradicate the indiscriminate use of flares, smoke bombs and pyrotechnics at matches and as a member of that league, the club fully backs that stance.

Flares and smoke bombs disrupt play and people’s enjoyment of games, and the toxins they contain can seriously damage health and/or cause life-threatening injury or concern for those with pre-existing medical conditions.

We have been directed to take the strongest action available against anyone found in possession of a Flare, Smoke Bomb or any other such pyrotechnic articles, and spectators are warned that we and The National League apply a zero tolerance approach to anyone attempting to bring such items into the club’s facilities.

In order to protect all supporters, we reserve the right to search your person and/or effects, and we further reserve the right to pursue banning orders, legal action, civil or criminal, against any person who contravenes current legislation or our stadium regulations.

To further safeguard all who attend any event on Ebbsfleet United premises, we welcome the receipt of any information which will assist us to deter, apprehend, detain and, where appropriate, prosecute anyone in possession of, or found discharging or being a party to the discharge of, such an article.

Courts have a sentencing guideline of three months’ imprisonment and a three-year football banning order. Those prosecuted face not only a criminal record and imprisonment but also many future difficulties, including restrictions on travel overseas.

Furthermore, there were incidents including pitch encroachment by both sets of fans and objects thrown on to the playing area. Finally, there was also unacceptable behaviour directed at the Yeovil supporters’ coach after the game.

None of these incidents will be allowed to pass by the FA or police and in turn the club cannot turn a blind eye to them either for the sake of the safety of all our supporters, stewards and staff.

This behaviour leads to only one outcome and that is the punishment by various means of our football club (including hefty fines and points deductions) which directly affect us all. We kindly ask all our supporters to respect your fellow fans on matchdays.