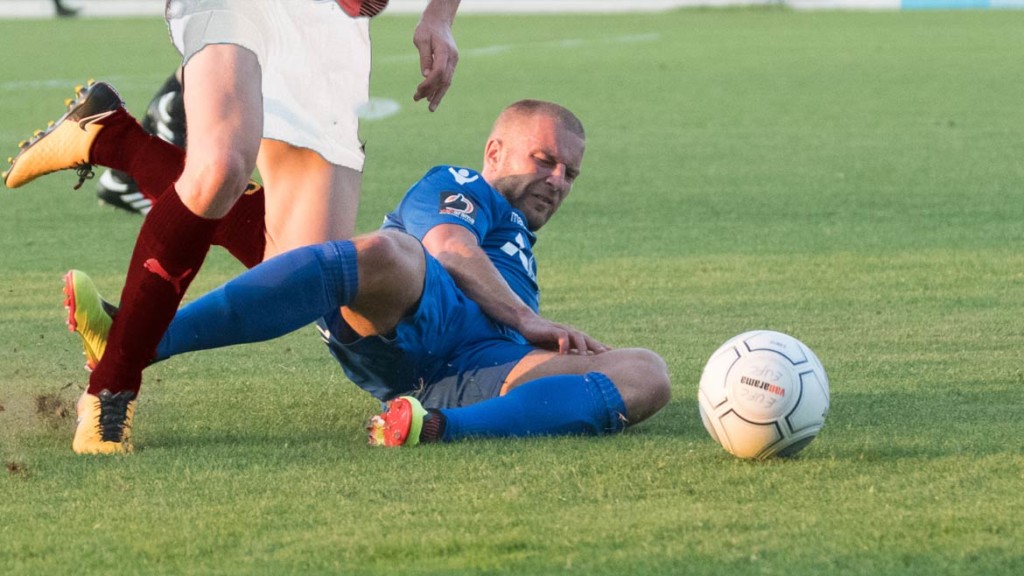 Ebbsfleet United were well-beaten by a merciless Wrexham first-half performance at the Racecourse, a venue the Fleet haven’t won at in six attempts. Indeed the Fleet haven’t been 4-0 down at half-time since March 2013… and that happened here as well, in a game that followed a familiar pattern with Fleet finding a consolation late on.

That second-half goal will be scant consolation, however, as Fleet – who remained behind closed doors in the changing rooms long after the end of the game – are now four matches without a win and were well beaten before the half-time whistle in this one.

Both sides made changes, three for Wrexham including top scorer Mike Fondop-Talom who was on the bench, while there were four new faces for the Fleet. Kenny Clark made his first start of the season while Luke Coulson, Ebou Adams and Myles Weston also got the nod, replacing Sean Shields, Darren McQueen, Chris Bush and Lawrie Wilson.

Unbeaten at home, Wrexham started with purpose and confidence and they were ahead inside five minutes. Chris Holroyd, who scored both goals against the Fleet in Wrexham’s 2-0 win last season, grasped the nettle as he strode from midfield to accept a through ball before having space to cut in and drive a low shot that Nathan Ashmore could only get his fingertips to.

Perhaps hoping to keep Wrexham frustrated early on, the goal rocked the Fleet and simply spurred on the Red Dragons. They took only seven more minutes to make it 2-0 with Jack King attempting to clear Kevin Roberts’ long ball but Rekeil Pyke won the challenge, advanced down the flank and crossed where two men were waiting, Stuart Beavon getting to it ahead of Holroyd to see the ball home from close range.

Wrexham were well on top and the impressive Luke Summerfield’s ball that dropped for Holroyd could have made it 3-0 on 16 minutes but Weston did very well to tackle at the striker’s feet. Fleet saw very little of the ball at the other end, with Andy Drury’s decent pass on the turn for Coulson the best effort but he was denied in the box by Roberts.

The home side made it 3-0 on 20 minutes when Beavon won a 50-50 ball, from Rutherford’s pass, managed to pull a cross back from behind the Fleet defence and Pyke had time to size things up even though his back was to goal and with a flick of his heel, the match was effectively over.

With Fleet all at sea at times, there were few signs of revival and when a corner was conceded after a blue shirt trod on the ball, it seemed even the basics were going against the visitors. Adams was sacrificed on 38 minutes as Chris Bush came on to revert to a more traditional back four, Weston pushing further up the pitch. It appeared that Fleet might just keep Wrexham quiet until the break but seconds before the whistle, they made it 4-0. A Summerfield free-kick soared into the box where Shaun Pearson watched it angle towards him at the far post and he climbed highest to send the ball past Ashmore.

Four down, there was only so much Fleet could do in the second half and it seemed damage limitation was the order of the day. Weston’s cross from the left on 48 minutes was met firmly by Danny Kedwell from eight yards to reduce the arrears but any thoughts of a comeback were brief, if at all. Wrexham certainly lacked the fluency and power of the first-half, understandable perhaps given their efforts of the first-half, and that allowed Fleet a little more time on the ball.

There were moments of pressure from the visitors but goalkeeper Rob Lainton was rarely troubled and though Fleet forced a couple more corners and free-kicks, few chances came their way. Kenny Clark twice denied Holroyd at the other end and King had to clear from substitute Fondop-Talom’s swing at the ball. Corey Whitely loosed off a good effort that dragged just wide 13 minutes from the end but the writing had been on the wall much earlier than that.