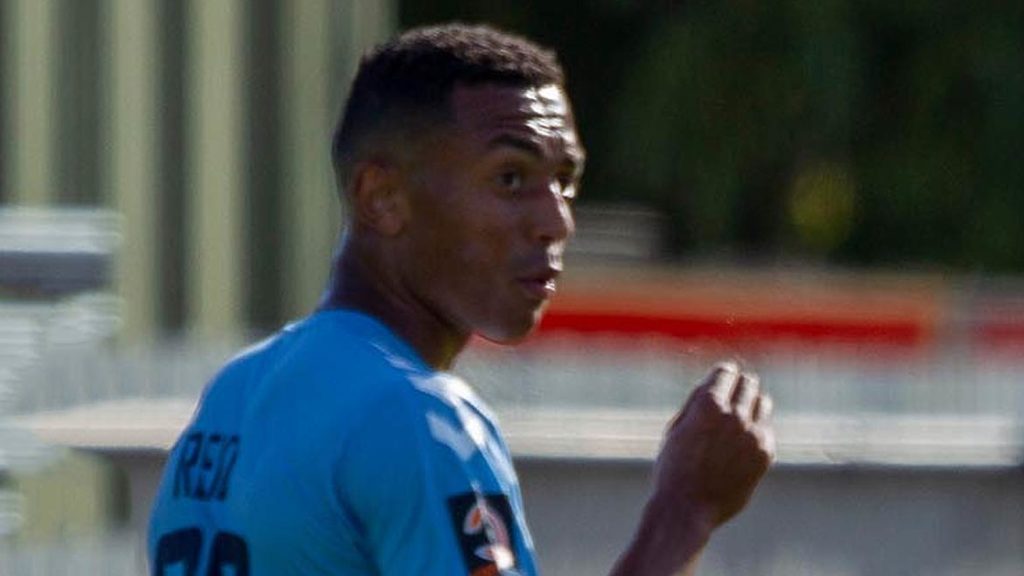 Another cup replay against Woking and another win for the Fleet – but more pertinent it was the first, deserved victory under Kevin Watson. And now Fleet go into a First Round tie for a third crack at Notts County in the Emirates FA Cup.

It came about via another Alex Reid goal against Woking followed by a positive, controlled second-half display.

Fleet made two changes with Josh Payne and Lawrie Wilson carrying knocks and their replacements were Alex Lawless and Andre Blackman. Woking, too, made a pair of changes as Toby Edser and Shaun Donnellan came into midfield, Mark Shelton and Paul Hodges making way.

Woking sought a similar start to their league showing here as they were more ambitious in front of their own fans but Fleet’s defending was largely solid. Dave Tarpey typically pulled most of the strings on the edge of the box but too often Woking’s final ball failed to test Jordan Holmes. The Fleet keeper did need to be alert to change direction from a disguised Tarpey free-kick but he gathered that well.

Fleet’s midfield were made to work hard and it took its toll with Frankie Sutherland booked early on for felling Toby Edser and Lawless followed him into the book.

The visitors were occasionally guilty of surrendering the possession they did get and it allowed the Cards to play a passing game along the halfway line as they probed for an opening.

For the Fleet, it took a quarter of an hour to sniff out a chance, Alfie Egan’s clever pass to Josh Umerah resulting in a hefty but wayward effort across goal.

Woking’s best chance came moments later when Tarpey’s second free-kick was only half cleared and Max Kretzschmar threaded a low shot through the box and just wide of the target as Holmes pushed it round the past.

Fleet struck on 24 minutes against the run of play. It came via their opening corner, Myles Weston floating that into the box and Alex Reid climbed high, beating Craig Ross to the ball to head home his third goal against Woking this season.

Woking were less threatening after that blow and though they still asked a few questions of the Fleet defence, Jack King, Tyler Cordner and Marvel Ekpiteta stood firm, aided by Weston and Sutherland filling the gaps. Cordner did just enough to put Ibrahim Meite off his stride in the six-yard box, though the striker still got a shot away that Holmes blocked.

Fleet must have expected a Woking onslaught in the second half but went out on the front foot and didn’t let up despite the home side understandably trying to up the tempo.

The fans have seen a few calamitous moments in the opening moments after the restart but they almost witnessed their side taking a 2-0 lead on 47 minutes. It came down the right, Ekpiteta floating a wonderful cross into the box that Sutherland did ever so well to connect on to and his header had to be clawed out from the underside of the bar by Ross.

Woking struggled to get out of their own half for long spells and threw on Jake Hyde to try and wrestle some change out of the Fleet defence. On occasion they were quick to break and on 63 minutes surged forwards with purpose but Edser’s shot was sent way too high.

Fleet carved out another great chance on 68 minutes when Weston fooled the Woking defence with a low free-kick into King’s feet and the skipper swept on to it, his shot needing to be cleared out of the six-yard box.

The visitors added corner upon corner as they tried to test Ross a little more and Reid was constantly snapping at heels, looking to create space for Umerah.

Four yellow cards was perhaps harsh on Watson’s men but it typified the steel throughout the Fleet side. Woking pressed but there was no panic in the ranks even as the Cards upped the pace in the final 10 minutes, Tarpey looking to split the defence but reckoning without Cordner and King. Ekpiteta relieved pressure with a couple of runs and substitute Ayo Obileye added a number of important challenges as Woking continued to spend their attacks against blue shirts.

A couple of counterattacks could have produced that all-important second goal. Weston hared through the middle and Egan helped the ball on before that was cleared and then just before the 90 minutes were up, Weston again supplied Reid who switched play wide for Umerah but his attempt was well blocked.

Ultimately the second goal wasn’t needed and a most welcome win sent Fleet on their way to Round One.

Ed Miller has been Ebbsfleet United's communications manager and programme editor since 2014 and responsible for the club website since 2007. Contact him on ed.miller@eufc.co.uk
PrevPreviousWoking hard for the money
NextIt’s just the start, says ecstatic WatsonNext