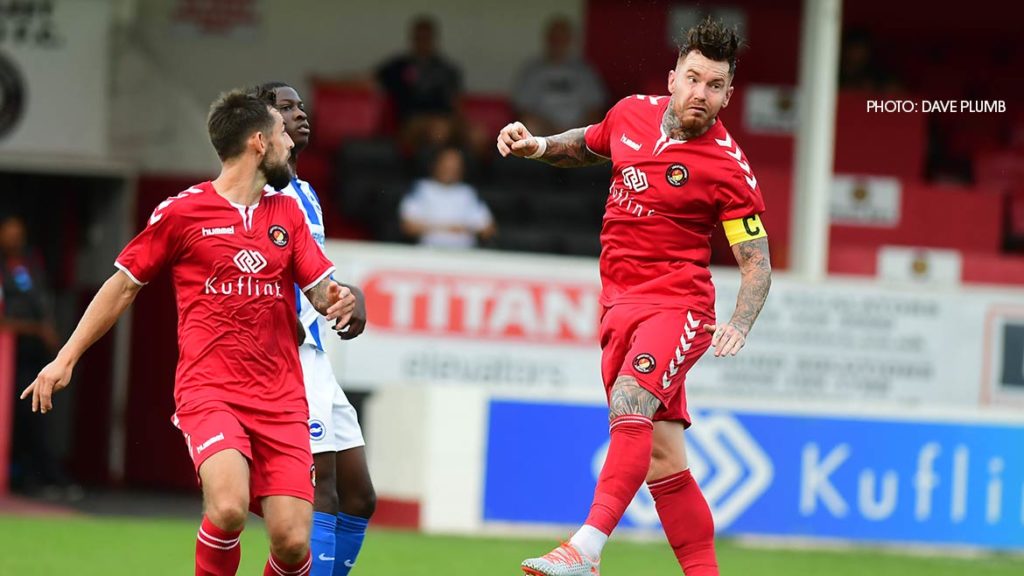 We’ve got all season to have a go at this

Hendon insists the management staff are optimistic about the season ahead especially now that he and Hill have more than six months to mould the squad their way.

“I’m confident in the squad of players we’ve got, comparing it to last year and where we finished,” Hendon told BBC Radio Kent’s Charles Webster. “Myself and Garry have got all season to have a go at this and not half so we’re very optimistic and I personally am very much looking forward to it.”

An unbeaten pre-season has allowed for plenty of confidence and though Hendon has been gratified by the results and performances, he knows the only time it counts is from next Saturday.

“It all matters next Saturday afternoon when Halifax come,” he said. “Halifax have a game tomorrow and Tuesday so our plan is to get and see them and do our job properly and it’s a bit of the unknown. We don’t know what we’re walking into but as long as get our house in order come next Saturday, that’s the main thing. As long as we’re right the opposition will have to worry about us.”

About the Brighton game, Hendon was as much pleased with the progress of team bonding as he was the result.

“It was a very good performance and very pleased with the lads against a very good Brighton side,” Hendon enthused. “When you play these teams you’re not going to get much in the way of possession for long periods of the game. They started very well for 15, 20 minutes and to be fair the boys on the pitch felt their way into the game and adjusted well and I thought we finished the first half the better side. We had a couple of chances, scored as well, so it was pleasing the lads dealt with that game tonight.

“One thing I will say about every one of the players, their attitude through pre-season has been spot on. They all seem like they get on and they have bonded very quickly.”

And another major plus point for Hendon and Hill is the lack of casualties after six games – something Fleet sides of past years have not enjoyed going into the opening league matches.

“Over the whole pre-season, I was saying to the manager today, it’s gone quite well. Fortunately we haven’t picked up any injuries. We’ve had a little niggle here and there but nothing major which is always good. The plan was to have everybody fit come 3rd August which it looks like we will.”

And while the squad is a little light going into game one, there may still be time for a couple of additions and long-term targets for Fleet fans to savour.

“There may be one or two more additions to the squad before next week which we’re hoping. We’ve been on the lookout for some players the whole summer but as you see, the players that have come in, they’ve got to be right for our squad.”

Ed Miller has been Ebbsfleet United's communications manager and programme editor since 2014 and responsible for the club website since 2007. Contact him on ed.miller@eufc.co.uk
PrevPreviousFleet 3-1 Brighton & HA U23s
NextEgan fits the Fleet planNext