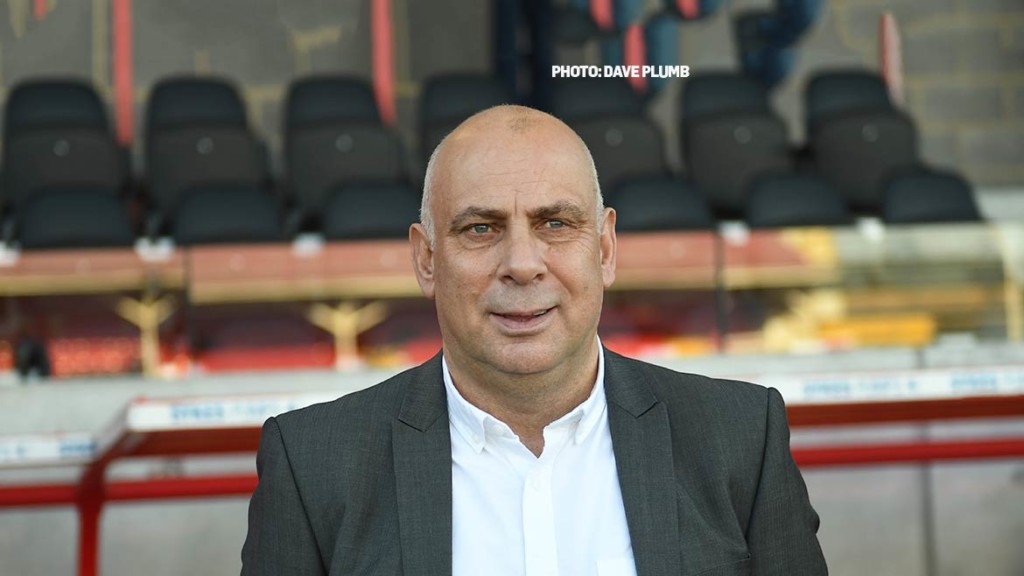 Garry Hill admitted to frustration at failing to take three points at Meadow Park as his side started with a high tempo but he was pleased at how the Fleet stuck to their task and came back strongly in the latter stages.

“You’re always pleased to go away from home and keep a clean sheet,” he told BBC Radio Kent’s Charles Webster, “and I would have taken that before the game. But I think when we analyse the game and how many chances we’ve had, and not to score one, it’s a bit frustrating. Even the last 10 or 15 minutes, you get a lot of away sides sit back and take a point. We were still going for it, we threw three forwards up. We’ve done everything here to try and win three points. Whoever we play against we’ve got to be looking to win. Every team we play home and away, we’ve got to go for the wins.”

Fleet began the game on top with Sean Shields especially positive but again the finishing wasn’t quite at a level sufficient for the manager to celebrate his first goal since taking over.

“Very frustrated over the 90 minutes,” Hill said. “I think that how I analyse the game, the first 25 minutes we were very very bright, asking a lot of questions, creating several chances. I know you can have chances but goals win games and when I look at the first  25 minutes today, I think Dave Winfield had a header he didn’t hit the target with, Corey Whitely had an opportunity he didn’t take, Danny Kedwell had a great chance but didn’t hit the target, Sean Shields has forced a save out of the goalkeeper and had another half-chance.

“They become real sticking points and frustration points when you analyse the game so early on that we could have finished it off. The law of averages says that if you don’t take them chances, they ride their luck which they certainly did in the first half. But second-half we [also] had several good chances. Of course, away from home whoever you play, you keep another clean sheet, solid at the back, we make it very hard for teams, we’re pressing. We’re going away from home and playing three up top. We’ve come here and played 4-3-3, not defensive-minded in any way. We’ve got the players to hurt teams in their half of the field, we’ve got the quality and the pace to ask questions and we’ve done that.”

Despite another blank up front, Hill nevertheless praised his players as they became the first team this season to stop Boreham Wood scoring on home soil.

“You can see straight away out there, I think we’re playing with a lot more intensity,” he said. “You see the way we started today, the energy. We fetched Shields in today who was very sharp, he’s not been playing for quite some time for some reason but he gave us a lot of pace, whipping balls into the penalty area, asking questions of them. We moved the ball very quickly, it was from side to side, Andy Drury in there moving it about and players supporting, overlapping. There was a high energy about us and what we were doing. The work rate of the side, I don’t think anybody can question over the 90 minutes.”

Ed Miller has been Ebbsfleet United's communications manager and programme editor since 2014 and responsible for the club website since 2007. Contact him on ed.miller@eufc.co.uk
PrevPreviousClark’s all about the clean sheets
NextPREVIEW: Cheltenham Town replayNext