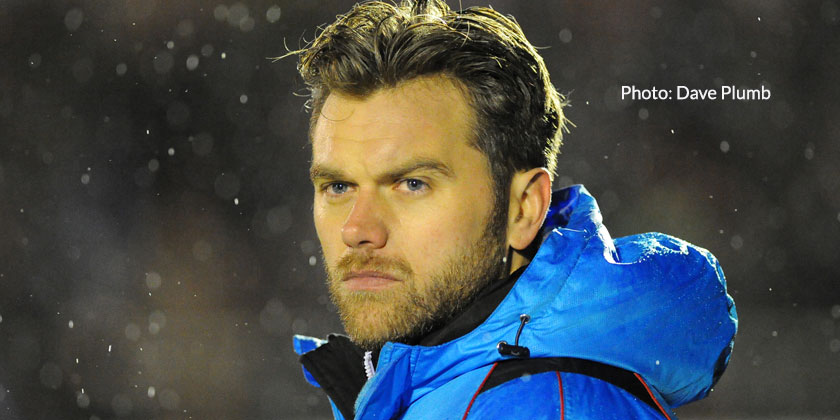 “We focus on no-one else” says Fleet boss

Daryl McMahon was in a buoyant mood after what he described as a terrific win over Whitehawk but moved to dilute talk about returning to the No.1 spot in the league.

“I don’t care what happens anywhere else, I know other people want to talk about it,” the Fleet boss told BBC Radio Kent’s Charles Webster. “We’re top today, who cares, it’s February and it doesn’t matter. We have to keep on performing like that and we’ll be OK come the end of the season I’m sure. As a group we had a meeting, maybe six or seven games ago, and we just said it was a long way to go because we were here last year and just to take one game at a time and we literally have just focused on one match, on no-one else.”

For all that, McMahon was nonetheless jubilant as his side made it six wins from six in the calendar year. “We were professional and strong,” he said. “I thought we defended very well and were clinical in front of goal.

“Whitehawk started well in the first 15 minutes. We defended down the hill, we did that twice last year in the play-off and in the league game and again this year we won the toss and we turned it round so we could go down the hill in the second half. I just thought our fitness levels in terms of us having to defend down the hill and having the courage and the desire to keep a clean sheet I thought would suit us better. It was a terrific performance from us.”

Naming an unchanged side again helped his side’s consistency but the players not involved also continue to have an impact. “Having good players on the bench,” McMahon said, “…they know that if they don’t perform then they’re going to come in. That’s important as well but in a nice way… the lads who aren’t playing back the boys who are playing and there’s a nice little spirit now amongst them.”

Sean Shields struck his second goal in as many games and his manager believed the winger is proving increasingly difficult to live with. “When he’s like that, Shields is unplayable against anybody at this level of football. The first 10, 15 minutes he wasn’t quite where he should have been for me but after that he was terrific, he set the goal up and scored one himself with a terrific finish.”

Skipper Danny Kedwell was the other name on the scoresheet and his seventh league goal took him level with Darren McQueen and Jack Powell. “He doesn’t get as many goals as he deserves, I don’t think there’s any doubt about that,” McMahon said. “Maybe some of that’s down to him, maybe it’s down to other people sometimes as well but what he gives us around that, he’s our talisman and is an outstanding player and character. He’s a real leader and he works as hard as anyone I’ve ever seen in football to be honest with you, for his age as well. He trains every day of the week, every day we train he’s out there and never needs a day off. He deserves more goals and hopefully he gets more in the run-in.”

Ed Miller has been Ebbsfleet United's communications manager and programme editor since 2014 and responsible for the club website since 2007. Contact him on ed.miller@eufc.co.uk
PrevPreviousWhitehawk 0-3 Fleet
NextDavid Testa departs EUFC boardNext