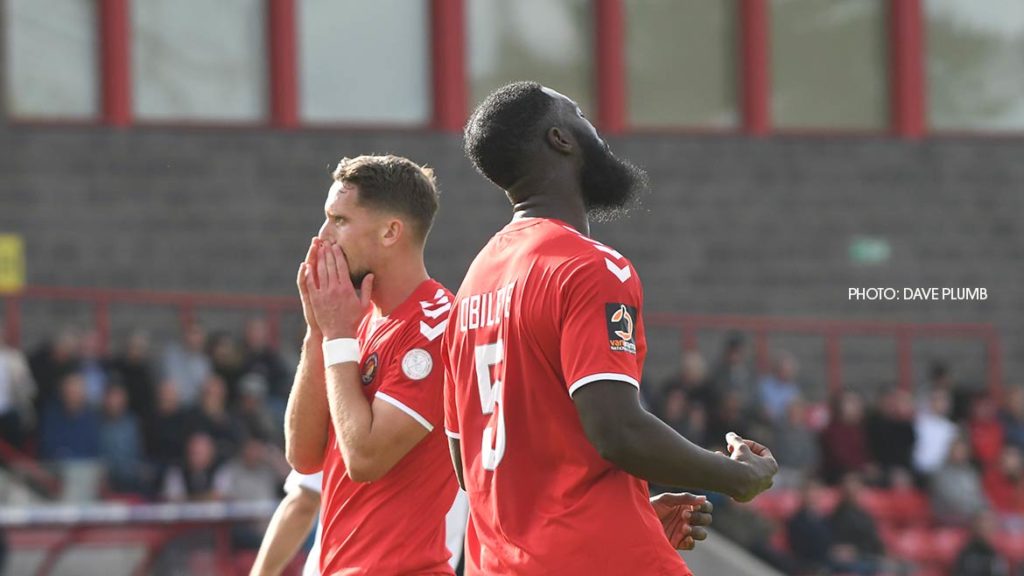 Fleet fans may be viewing the table through their fingers at the moment, but we would look to help ease the early-season anxiety.

There’s some stats about the first six weeks’ strugglers which we need to bring to your attention – and add in a little about how the club always seem to kick-on pretty quickly.

True of course, it’s not been the start Garry Hill or the players had in mind but the good news is all hope certainly isn’t lost – recent history tells us a surge up the table may be about to begin!

Rarely in the last few years have the team really struggling in the middle of September actually found themselves down there when it really matters.

Let us explain. Last year it seemed already that Dover Athletic were having severe difficulties. With only six points registered from their first 11 matches, even legendary manager Chris Kinnear couldn’t survive it.

It proved nothing more than a slow start, but even those who crawl through the first six weeks aren’t done for. The year before, Solihull Moors looked to be heading back to the National League North with only seven points to their name – they ended six points outside the bottom four.

The best recovery was surely Guiseley’s in 2016-17. After 11 matches they had no wins at all but still pulled off a great escape.

So what clues did Fleet’s start to the last few seasons offer us? If the trend continues, there may not actually be too much to be concerned about!

In the middle of September 2018, Fleet were just 14th – with 14 points on the board. Of course, the team ended six places higher and just missed out on the play-offs.

The year before that, the teams were 19th at this stage and things quickly turned on their head as Daryl McMahon’s men marched into sixth place before being cruelly denied in the play-offs.

It wasn’t a sparkling start to the National League South promotion winning season, either. After 11 games the side sat fifth. Of course they went on end as runners up and enjoyed a play-off party.

A start, where Ebbsfleet are concerned, really is just that. If history tells us anything, there’s twists and turns coming very soon!

Sponsors Vanarama have recently launched the Club Reward scheme to help fans back their club’s budget. Every time a fan takes out a brand new van lease with Vanarama or a brand new car lease with Motorama their club will earn £100 and you will receive £30 cashback!