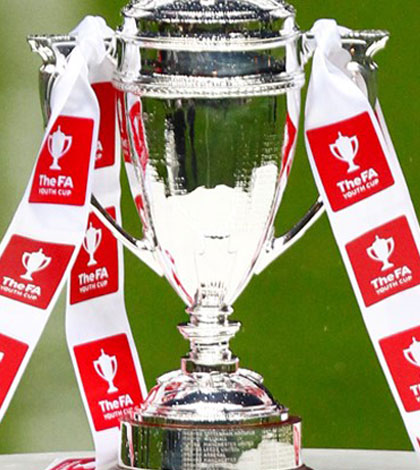 Ebbsfleet United’s FA Youth Cup run came to a halt at Dartford’s Princes Park tonight, but certainly not without a fight as manager Daryl McMahon and assistant Steve Watt were proud of their determined young charges.

McMahon kept faith with the eleven that defeated Dulwich in the previous round and they nearly got off to a dream start when Casey Johnson saw a header saved. The home side replied and Fleet keeper Rhys Hughes had to be alert to a low shot that threatened his near post. The Darts grew in confidence in front of an excellent 272 crowd and the dangerous Justin Nwogu wasn’t far away with another shot midway through the half.

Fleet kept plugging away though and Jeffrey Nguede couldn’t keep his shot down while Karn Miller-Neave saw a trademark strike from distance gathered by the goalkeeper, who also kept hold of Leo Mazzone’s drive.

Dartford could have gone ahead on the half-hour mark but were denied by an excellent stop from Hughes who got in the way of Tom Elliott’s goalbound volley. The Darts finished the half strongly and hit the bar three minutes from the break when Nwogu got on the end of Elliott’s delivery.

But a resolute Fleet, buoyed by their half-time team talk, emerged after the break with renewed purpose. Mitchell Liddle saw a shot diverted just past the post courtesy of a Dartford leg and from the resulting corner he sent the ball across the box to Nguede who couldn’t direct his header with enough power. Dartford stemmed the tide and slowly started to turn the screw putting Hughes under a little more pressure, the Fleet keeper pulling out a great save 20 minutes from time to deny Lucas Boye.

With 15 minutes left Hughes couldn’t gather a croner and Charlie Phillips headed wide but he made no mistake two minutes later when a neat Dartford move saw Phillips finish Alex Jones’ assist. Fleet’s cause wasn’t aided 10 minutes from time with what seemed a rather harsh red card for Liddle on first viewing but the visitors were still very much in the tie and substitute Marshall Taderera wasn’t far off from converting Miller-Neave’s corner, his shot scraping the post. Hughes still had work to do at the other end, denying Dartford a second and then seeing his crossbar do the same in time added on.

Fleet couldn’t force an equaliser but it has been a memorable cup run, played largely against teams with older players, and it will stand this year’s Fleet intake in good stead for future campaigns. McMahon said after the game, “Very very proud of my team tonight. They showed great spirit and character. We will be back! But good luck to Dartford in the next round.” It was a feeling echoed by Watt, who added: “I’m proud of all the Fleet boys tonight. It was a great learning experience and the boys will only get stronger from a game like that.”