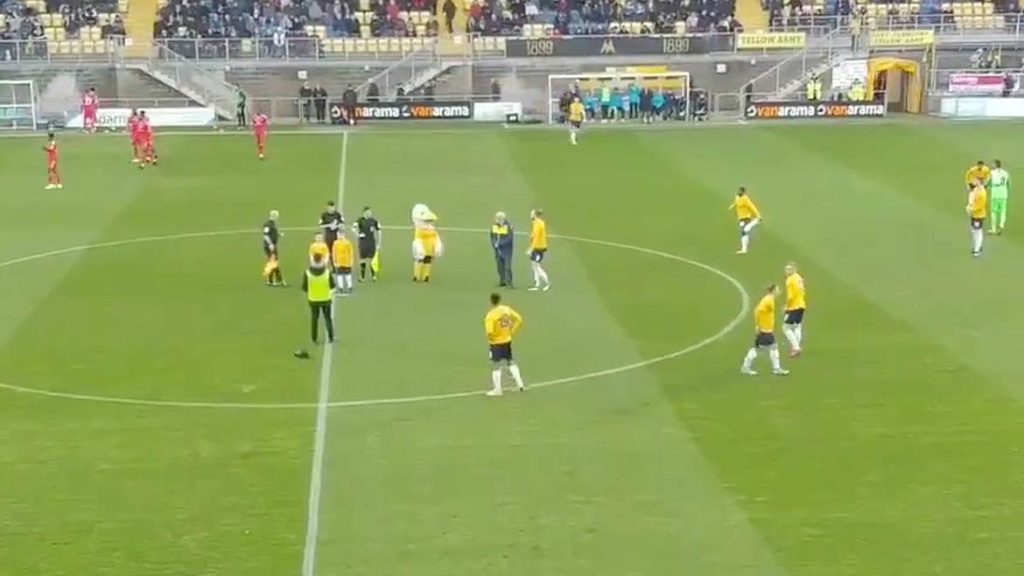 For two sides who had conceded 117 goals between them this season, this goalless draw might not have been the most obvious result before kick-off.

But with defences on top and strikers on both sides largely isolated for the bulk of the 90 minutes, stubborn Fleet settled for a hard-fought point in Devon.

Kevin Watson made three changes to his side with the suspended Josh Payne out, along with Alfie Egan and Frankie Sutherland. In came Jack King, Gozie Ugwu and Adam Mekki for his first start.

Home fans were encouraged by one of Torquay’s stronger starting XIs for some weeks as the Gulls welcomed back a couple of formerly injured players.

The Fleet boss chose to keep his centre-back pairing of Ayo Obileye and Marvel Ekpiteta, meaning King sat in the hole in front of his defence. It was certainly enough to frustrate Torquay whose sporadic attacks foundered outside the box.

There were plenty of physical battles across the pitch, with Ugwu and Josh Umerah up against Robbie Cundy and Gary Warren, neither set of players giving any quarter. And the same was true at the other end with Jamie Reid and Ekpiteta going head to head.

Indeed the referee had to calm Umerah on a couple of occasions but with recent red cards fresh in the mind, Fleet players did well to keep a lid on things.

Fleet’s forays forward lacked a cutting-edge, though it wasn’t for the lack of hard work. Ugwu beat the offside trap but couldn’t get past his last man, while Lucas Covolan gathered a free-kick into the box. Umerah had the best opportunity with a shot that was blocked by Warren and Covolan turned another Ugwu effort behind for a corner. The Gulls goalkeeper also stood up well to John Goddard’s effort from 18 yards but it lacked real power.

Torquay failed to upset David Gregory, though when top scorer Reid took down a long ball forward with his first touch and attacked on the break, the visitors were stretched.

The home side’s threat grew as the half came to a close, a couple of crosses to the far post seeing Ben Whitfield miss the target while Kalvin Kalala headed into the ground before Gregory grabbed the bounce.

Goddard picked up a caution for simulation shortly before the break as he went down in the box with a Torquay leg outstretched but there was no contact on the Fleet midfielder.

The second-half was one of even fewer chances as Torquay’s possession was all well and good but again Gregory didn’t have to extend himself.

The Fleet goalkeeper came for a delivery into the box six minutes in as Reid lurked but neither goalmouth was a point of focus for very long.

Both sides threw substitutes into the fray and 10 minutes from time the tempo picked up, Jackson Longridge’s through ball for the bustling Reid potentially winning the game for Torquay but Gregory saved well.

Substitute Jake Andrews had a half-hearted penalty appeal turned down and his fellow bench-warmer Armani Little deposited a free-kick just wide of the post as the home side tried to finish with a flourish but couldn’t find an edge.

With six goals shared by these two sides back in October, there was no suggestion such a goal fest was going to be repeated and a goalless draw was the right result ahead of Fleet’s next crucial clash, with Woking this Tuesday.