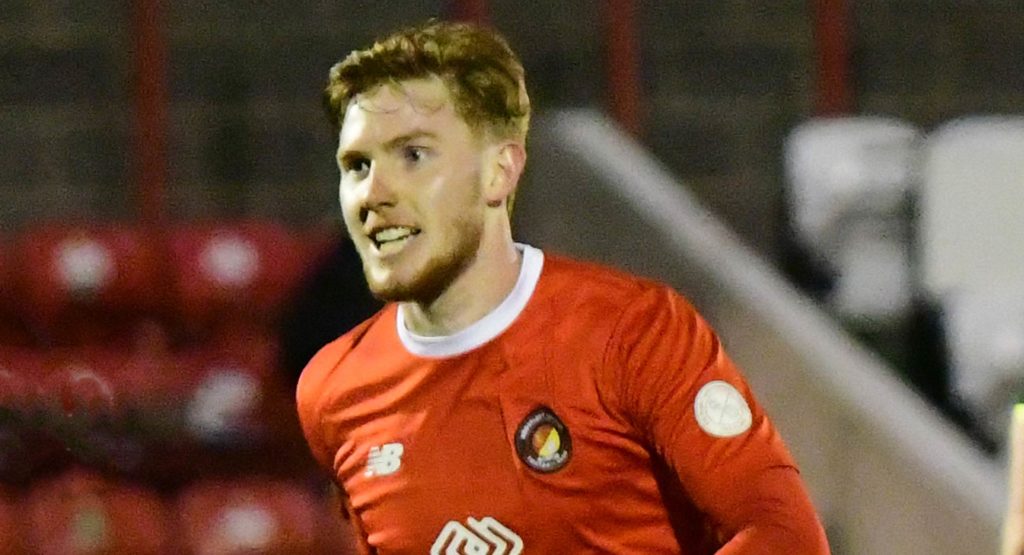 Tireless Egan gets his reward

The former AFC Wimbledon player covered more than 12km box to box through the 90 minutes and Kutrieb said that kind of unceasing attitude – even in a friendly – is typical of Egan’s workrate and application.

“He took [the goal] very well,” said the Fleet boss. “But that’s what I always tell him because in training sessions he does it all the time. And he’s a very strong finisher. Sometimes he is a little bit unlucky during games where he can take the shot, [like] in the first half, the great chance, his header, he has to [score] and it’s much easier than the second one.

“But you can see – if he has confidence, and he has confidence at the moment, he’s able to do great things for us. And it’s not only the goal, it’s his workrate. It’s fantastic and unbelievable even in a friendly, where some seasoned players sometimes say, OK, it’s enough for today, he keeps going and going and for me as a manager that’s perfect.”

And Kutrieb was more than satisfied with the minutes he got out of his players against an opposition that was unexpectedly strong.

“I’m very happy that we can play against a strong side. I had a chat with Marc [White, Dorking manager] earlier last week and I said, we won’t play with our first 11. He said him neither. So as I saw their first 11, it was a strong first 11. But I was happy because our boys need minutes. You can see legs were gone after 70 minutes but that’s the reason why we want to do it, to bring some fresh boys in who didn’t have the minutes in the past, to try to get a feeling for them and so they can get a feeling for the pitch for 90 minutes playing football.

“Bobby-Joe Taylor had a great game, James Dobson a great game for 90 minutes. And Jake Goodman, Charlie Rowan as well, so they need minutes and they got the minutes they needed. Now we can wait for Saturday week, when we can go again in the league. That’s what I hope at the moment and can’t wait for it.”

Academy prospects Harrison Firth and Issa Sidibe also got a healthy number of minutes alongside the first team, Firth solid in goal and Sidibe up against a former England U21 international and Premier League midfielder in Jamie O’Hara.

“They trained with us over two weeks and did it very well so for me it was an easy decision to give them a bonus that they can play with us in a strong friendly,” said Kutrieb. “[Harrison] did the first 45 minutes very well. And that’s the progress and we want them to improve. Then in the second half Issa [came on] as well for 25 minutes, perhaps 30, but he did it really well too. That’s the kind of future [we want] where you can go [to the Academy] for what you need. You can’t get 19 new players every time so you have to look for options and at the moment I’m happy with the options we have from our Academy.”

Ed Miller has been Ebbsfleet United's communications manager and programme editor since 2014 and responsible for the club website since 2007. Contact him on ed.miller@eufc.co.uk
PrevPreviousFleet fire two in friendly
NextAcademy boys do themselves proudNext