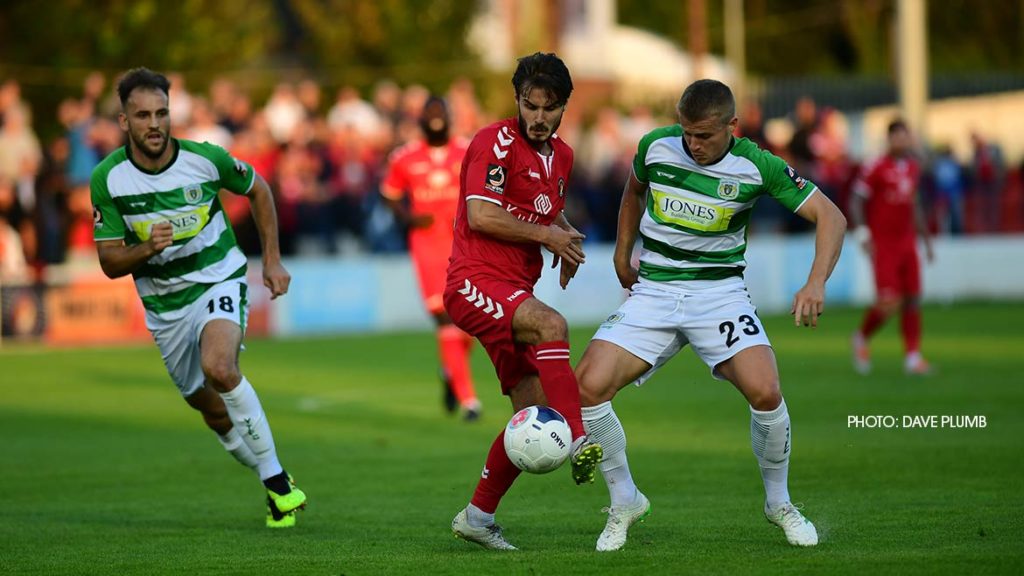 League sponsors Vanarama have been busy assessing the season so far – and what’s to come.

Fleet’s story so far…
It’s never easy being the slow starter, but the Fleet has shown flashes that the challenging first four games may just be an early set-back. Garry Hill has confidence in his squad and always said the season could be a slow burner.

What Garry thinks…
The boss says the fans have been seeing “effort and commitment” from the players – but now wants them to “stand up and be counted” after a demanding first four matches.

Top performer…
Nathan Ashmore, James Ball and John Goddard have all shown why the manager thinks things will soon pick up.

What the fans say….
The defeats haven’t dampened the mood totally. Twitter has been positive regardless of the early results.

“Heads up Fleet, when you’re at the bottom the only way is up!” wrote one

“Tough start for sure but Fleet fans know nothing is done is August long way to go yet,” another posted.

Next up…
Just the small matter of leaders Solihull Moors – and away from home. While some may fear things could get worse before they get better, Garry Hill and his players may see this as a free hit, That is always uneasy for the side expected to cruise to victory!

Their one to watch….
They have a few, especially after a 6-1 win at Chorley. Paul McCallum already has three goals to his name but Nathan Blissett fired a hat-trick in midweek – beware the in-form forward.

What can fans expect?
A tough afternoon, but they can always expect a reaction from their players. Pride has been hurt and heading to the league leaders could, oddly, be the type of test of character they need.

League sponsors Vanarama have recently launched the National League Club Reward scheme to help fans back their club’s budget. Every time a fan takes out a brand new van lease with Vanarama or a brand new car lease with Mototama their club willearn £100 and you will receive £30 cashback!

• For the latest van leasing deals head to Vanarama.

• For the latest car leasing deals head to Motorama.