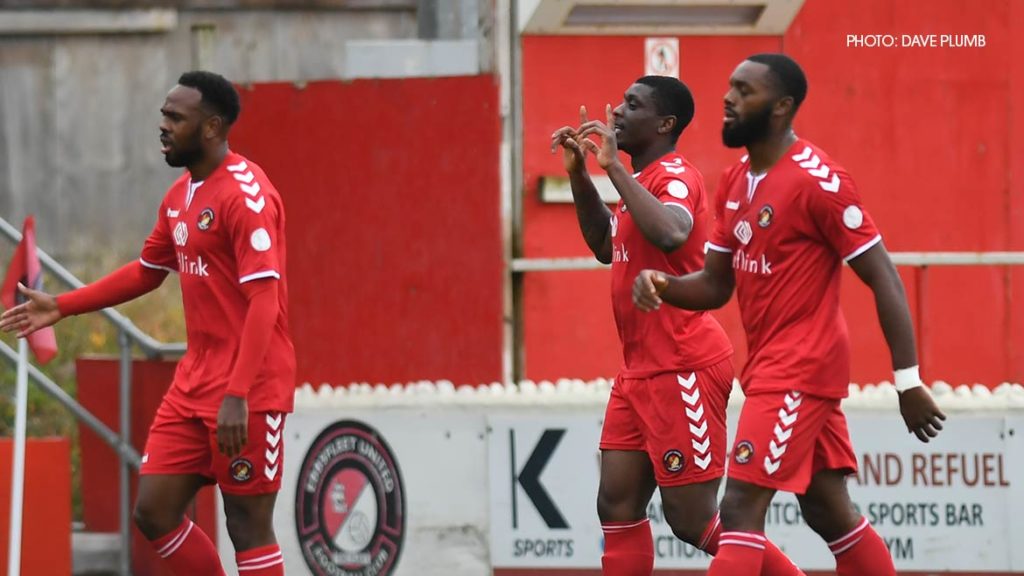 Fleet fans have long felt they’re due a win against Sutton United – and rarely would one be greeted as warmly than if their side could manage it this weekend.

Sutton, having previously never won at Stonebridge Road, have enjoyed two 1-0 victories in their last two visits and they haven’t lost on home soil to the Fleet since 2002.

But that’s what Kevin Watson is aiming for as he takes his side to Gander Green Lane looking for the club’s first back-to-back wins of the season.

With his first victory tucked under his arm following the 1-0 win at Woking in midweek, Watson knows the Fleet will have to mix it up against a Sutton outfit scrapping to escape their own poor form.

“We’ve shown we can play and do the ugly side of the game,” Watson said. “The ethic and desire to keep a clean sheet on Tuesday was fantastic. We’ve come close to the first win before we got it but we’re over the line with it now. The fans have been absolutely great and the positivity is rubbing off on the players and they’re going out there with a smile on their faces.”

With Chorley to follow a few days later, the interim manager knows the points are there to be won – and Fleet desperately need them.

“Points are paramount,” said Watson, “and I hope the win on Tuesday has given the club a lift and given heart to everyone involved.”

Heart was certainly one of the positive aspects on display at Kingfield in midweek and although the Fleet had to do their fair share of physical battling to reach the First Round of the FA Cup, Watson’s not abandoning his footballing principles.

“I think it’s the right way to try and play the game and it’s a way that suits this group of players,” he said. “Direct and long ball isn’t the group of players we have. If it was, if I’d inherited players that were suited to that, maybe it would be different. But these are players who can play football. That’s the way this group want and need to play and there’s no reason why you can’t play your way out of trouble.”

Fleet welcome back Albie Morgan after he was refused permission to play in the Cup by Charlton, although finding a place for the mercurial midfielder will certainly present a selection headache after excellent performances by Alfie Egan and Frankie Sutherland across the two Woking games.

Josh Payne, along with Lawrie Wilson, sat out Tuesday night with injuries while Alex Lawless has only just returned, although he got through the minutes unscathed in the replay.

Sutton go into this game following their own replay. Like the Fleet, they were disappointed by a last-minute equaliser on Saturday (their former goalkeeper Alan Julian heading home) but the U’s crashed out by 5-2 at Billericay and will no doubt be keen to appease their fans after that one.

New manager Matt Gray who replaced Paul Doswell on a permanent basis in the summer has seen his side slip to 20th after a good start to the season. Sutton are without a win in six games although before that run, they walloped Chesterfield 4-0.

Fleet will certainly need to be wary of their old foes who are more than capable of turning their form around, although with only one win in front of their own fans, the visitors will surely hope to create problems.

Sutton have plenty of familiar faces left despite the departure of Doswell – and skipper Jamie Collins remains the talisman in defence. In midfield, Kenny Davis, Craig Eastmond, Tom Bolarinwa and Harry Beautyman (top scorer with six goals) present as ever a formidable barrier.

New faces include striker David Ajiboye who impressed for Worthing at the Kuflink Stadium in the FA Cup last season, while Bromley’s Omar Bugiel is another one Fleet fans have seen before. But Sutton’s front line is a little short on firepower this season, with only Aaron Jarvis and Tommy Wright registering on the scoresheet and the bulk of goals coming from Collins and Beautyman.

Indeed the U’s are the second lowest goalscorers in the division this season but – midweek at Billericay aside – they still maintain a tight ship at the back, their 20 goals conceded being fewer than the likes of Bromley or Torquay United.

There haven’t been many goals between the sides over the past few years – indeed Fleet haven’t even found the net against Sutton in five matches. Sutton have won the last three meetings by a single goal, 2018/19’s corresponding fixture seeing a last-minute goal break Fleet hearts. The season before that, it was a goalless draw at Gander Green Lane.

But if points are paramount, as Watson says, then the goal famine versus Sutton will need to end.

Advance tickets are on sale for this match and can be purchased online until midnight tonight (Friday) here.

Ed Miller has been Ebbsfleet United's communications manager and programme editor since 2014 and responsible for the club website since 2007. Contact him on ed.miller@eufc.co.uk
PrevPreviousAdvance tickets for Sutton game
NextSutton United 2-3 FleetNext