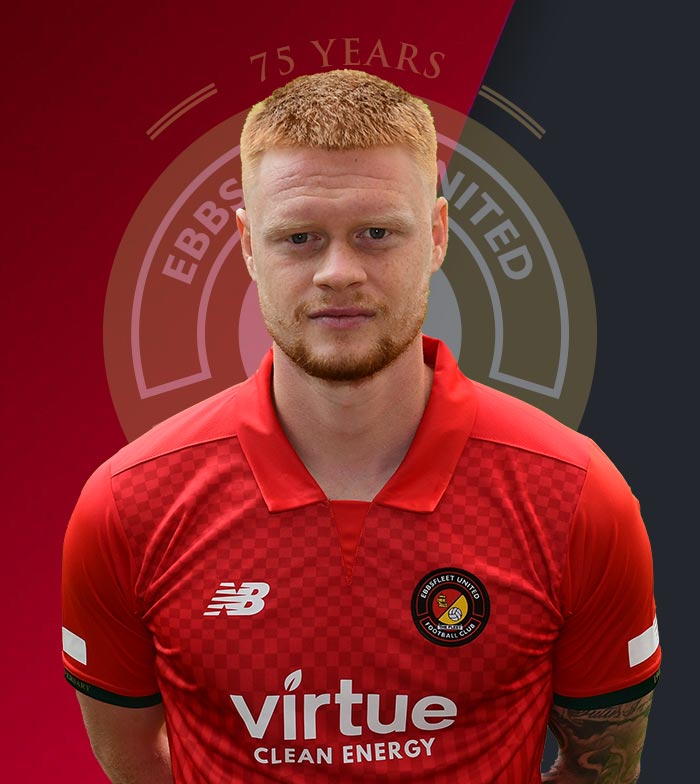 SPONSORED BY: 'In Memory of Jean Pring, True Supporters Wife'

After signing a three-year professional deal with the Saints, he moved on to League Two champions Accrington Stanley for the 2018/19 season. He played in League One and then earned his first taste of National League action, appearing on loan eight times for Havant & Waterlooville.

One of the most improved players last season, he proved his worth in a series of different roles throughout the season, capable of playing further forward up the flanks or in the centre of defence.