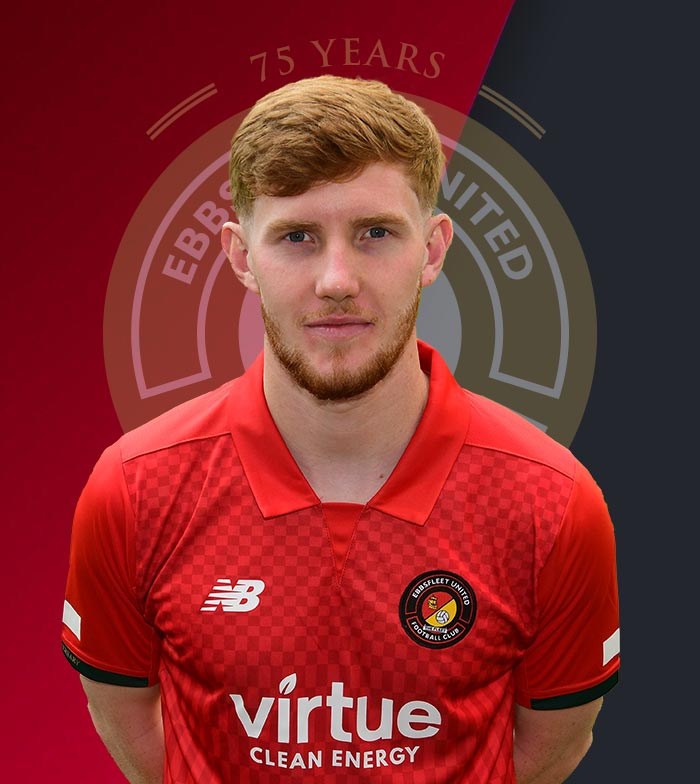 SPONSORED by The Fleet Supporters Trust

Tireless midfielder who left AFC Wimbledon in summer 2019 to sign for the Fleet after a successful trial. He came through the Dons’ youth ranks, making his League debut in 2016. He appeared 28 times for the club and also represented Sutton United, East Thurrock United and Kingstonian on loan.

The busy, industrious player can also deploy as an emergency right-back and has subsequently signed renewed contracts with the Fleet in 2020 and 2021. He has added a number of eye-catching goals to his game in the past season and come on leaps and bounds under manager Kutrieb.