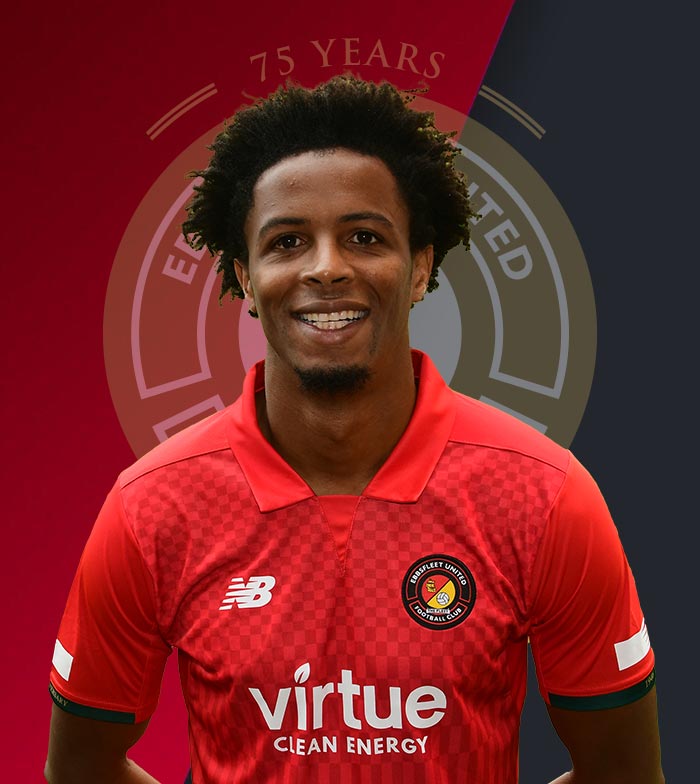 The athletic defender was part of Sporting Lisbon’s youth setup, where he was two years behind Cristiano Ronaldo. He moved to England where he joined Exeter City, Weymouth, Basingstoke Town and Bath City, guiding the Romans to the Conference via the play-offs in 2009/10.

After two seasons at Twerton Park, where he won the player of the season in 2010/11, he moved up to League Two with Cheltenham Town. He had three seasons as a fans’ favourite with the Robins and was voted into their team of the decade.

In 2014, he was snapped up by Wycombe and in 2018 helped the club to third place and promotion. He spent two more seasons at Adams Park in League One, culminating in Wycombe’s  promotion to the Championship for the first time in their history. Having become a free agent in 2020, Jombati – who can also play across the full-back positions as well as in the centre of defence – moved on to Oldham Athletic last season where he featured in League Two. He signed for the Fleet in June 2021.