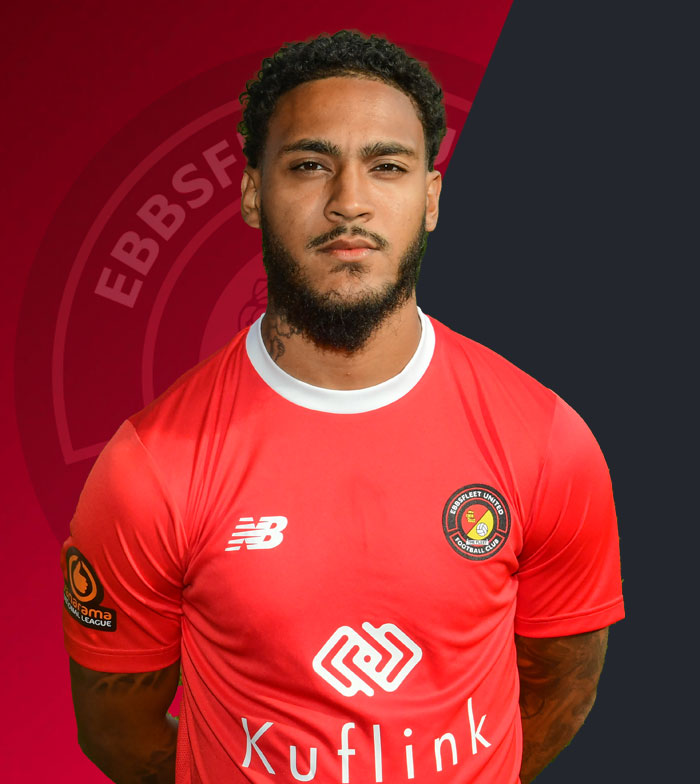 SPONSORED BY GAVIN MILLIGAN (HOME)
AND GI PRINT (AWAY)

A September 2020 signing from Dagenham & Redbridge, Reece Grant moved to the Fleet only two days after scoring two goals against us in a pre-season friendly.

The forward began his career around west London representing clubs including Wealdstone, Hillingdon Borough and Uxbridge but it was a move to Essex that saw him attract the attention of clubs higher up the pyramid.

In 2016/17 he scored 26 goals for Heybridge Swifts and his success continued at Braintree Town the following season where he helped fire The Iron to promotion to the National League, scoring for them in the play-off final.

Having netted 17 goals for Braintree, he was signed by Aldershot Town in autumn 2018/19, scoring eight goals in a short period of time. Dagenham paid an undisclosed fee in summer 2019 to bring Grant to Victoria Road on a two-year contract.