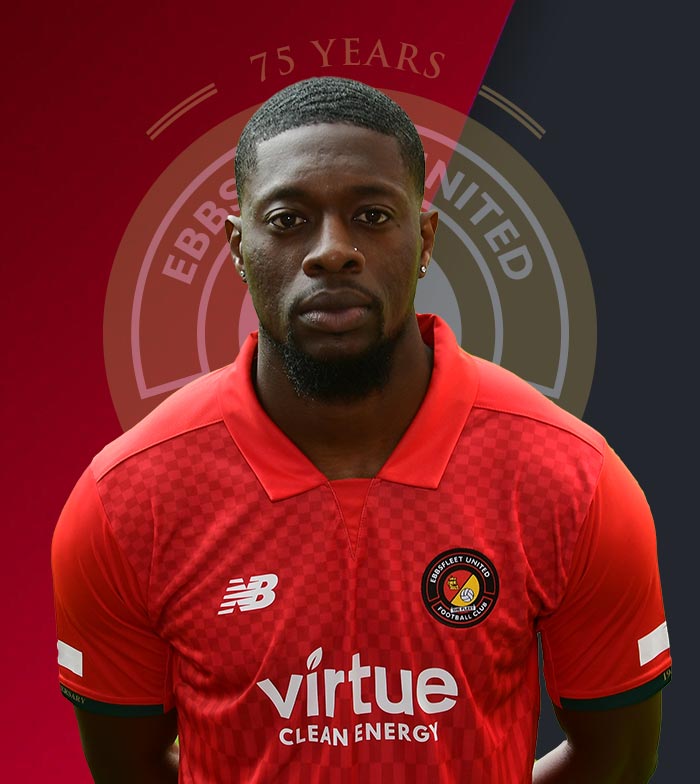 AVAILABLE FOR SPONSORSHIP - email us now

An experienced and versatile striker, Bingham arrived at the Fleet in September 2020 and was top scorer last season. The forward has a strong background north of the border, having played for Falkirk, spent two seasons in the SPL with Hamilton Academical and most recently helped Dundee United achieve promotion to the Scottish Premiership.

He started out with Wigan Athletic’s academy, progressing to the then Premier League side’s reserves before signing permanently for Mansfield Town. A loan spell at Hartlepool United turned into a permanent move and Bingham spent the 2015/16 season as a regular in the Pools lineup in League Two. Bingham moved back to Scotland in 2016 with Hamilton, twice extending his contract with the club. He scored 11 goals for the Accies, including one against Celtic in 2017/18, and was a regular starter for them across two and a half seasons. Following a short spell with Cheltenham Town, Bingham signed for Doncaster Rovers in League One, moving on to Dundee United on a short-term deal in February 2020.