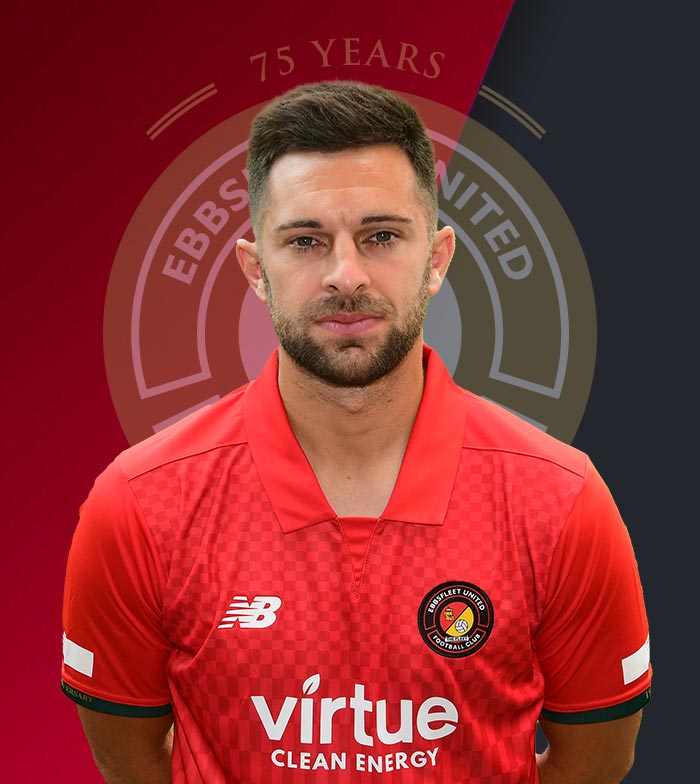 Now in his third spell at the Fleet, the fans’ favourite progressed through the club’s youth side, making county cup appearances aged 16 in 2007 and going on to make his senior league debut in 2009.

His breakthrough season came in 2010/11, scoring his first goal for the club at the start of the campaign and ending it with 23 goals, including six in a successful play-off competition where he proved unplayable in both the semis and the final. Another fine season in the Conference followed and one of non-league’s hottest prospects was snapped up by Crewe Alexandra. Injury robbed West of the chance to make a go of League One and after a loan spell with Hereford United he returned to the Fleet in 2014. Another bad injury curtailed his appearances in this second spell and after a loan with Whitehawk, he signed permanently for them in 2016. Subsequent moves to Chelmsford City and Eastbourne Borough followed before West answered the Fleet call once more in July 2020. He has played more than 170 games for the club, scoring in excess of 35 goals.