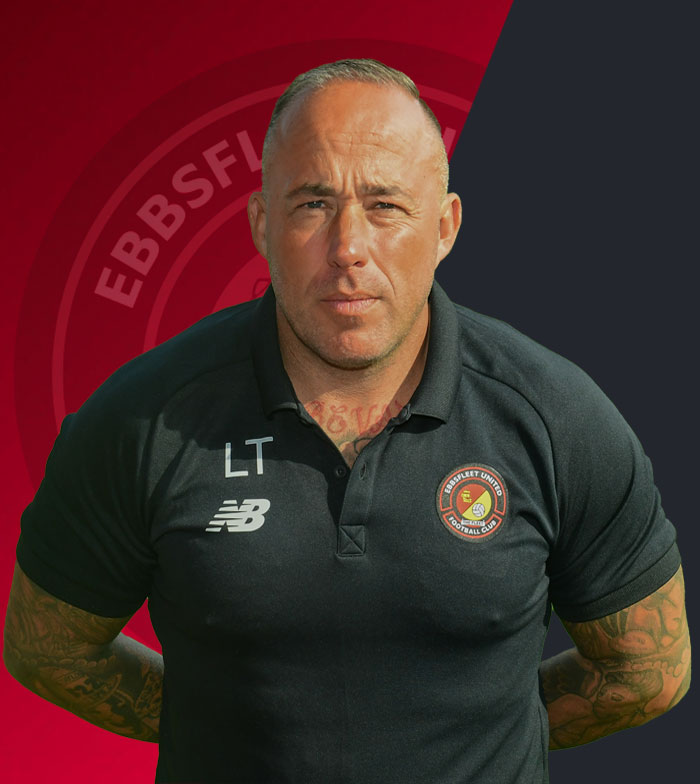 LT’s track record goes back more than 25 years and he has provided performance therapy and coaching in the UK and beyond in a career that has included spells with Leyton Orient, Barnet, Luton Town, the ‘Crazy Gang’ at Wimbledon, the Liverpool FC Academy, Boston United, Notts County, Mansfield Town and most recently Peterborough United.

After playing for Maidstone United as a teenager, LT started out at Scarborough, becoming the League’s youngest ever first-team physio. Outside of the UK, the well-travelled Taylor has worked for the Antigua Football Federation, Wellington Phoenix in New Zealand and the Egyptian 2012 Paralympic track and field team while having also coached in the Indian Super League. His expertise is not only confined to football, having looked after national athletes in other sports including boxing, volleyball, athletics and cricket.

LT, whose father is former West Ham defender Tommy Taylor, is a UEFA B coach and is renowned for preparation and injury mitigation, treating regularly some of the biggest names in the Premier League and other elite sportsmen and women.