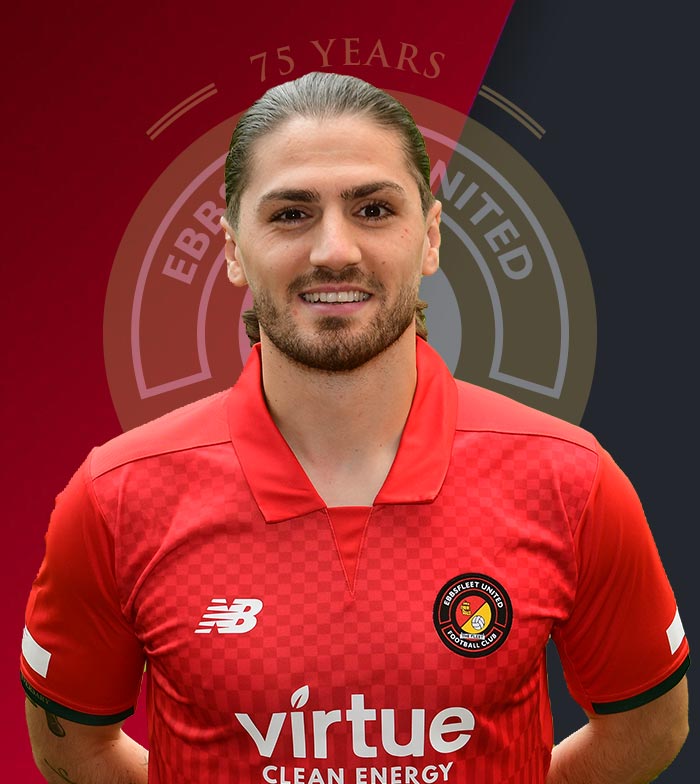 A midfielder boasting considerable National League South experience, although he began his career in Cyprus playing in the Third Division before a move to First Division side Ethnikos Achna.

Born in Kosovo, Krasniqi came to England at a young age and was part of the successful Heybridge Swifts squad under Julian Dicks, scoring 18 goals from midfield at the Essex club and reaching the play-offs two seasons in succession. He spent 2019/20 at Concord Rangers, scoring six goals for the Beachboys and helping the club to progress in the FA Trophy, and ended the first lockdown season with National South champions Wealdstone.

Krasniqi spent last season at Maidstone United before signing for the Fleet in summer 2021. A versatile operator, he has been deployed in the centre of defence in many of his early games for the Fleet.