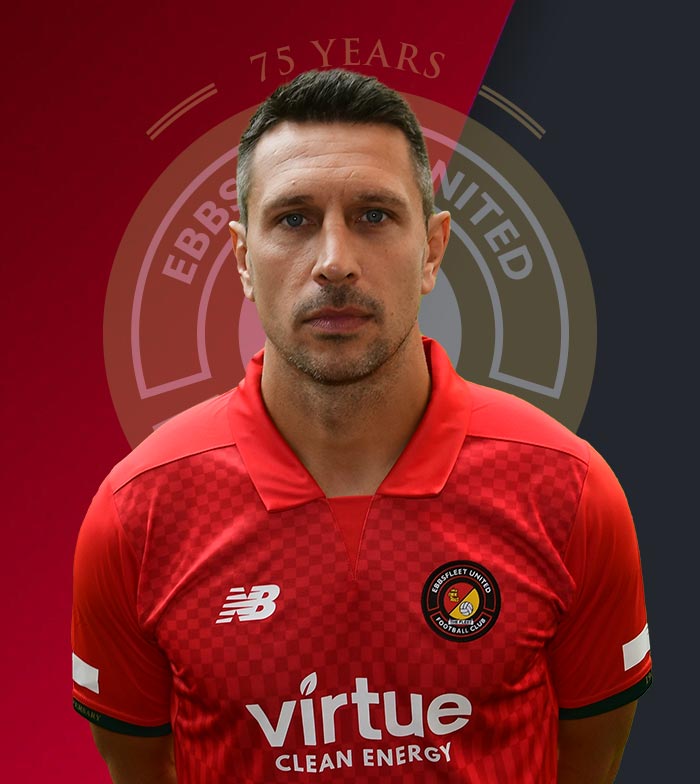 SPONSORED BY 'In Memory of Terry Pring, Lifelong Fan'

Left-sided defender signed in June 2021 after leaving Stevenage. He is a former England youth international who started out in West Ham’s youth side, where his father Alvin made almost 600 appearances.

Martin made his senior debut in the Championship with Blackpool in 2007/08, going on to play for Gillingham where he won the League Two title in 2012/13. He then enjoyed another two years at the same level with Millwall and made it to two play-offs with the London club, clinching another promotion in 2016/17 as the Lions ascended into the Championship.

Having also played for Bristol Rovers on loan, his latest two clubs have been Northampton Town and either side of those, two spells with Stevenage.