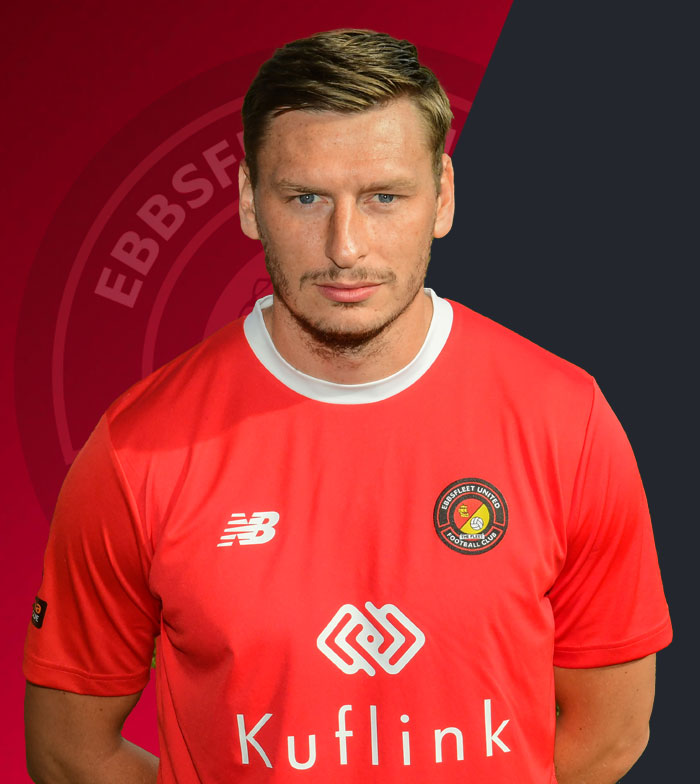 Kent-born 6ft 2in centre-back who lives locally to the club, Goodman was a Millwall youth player, turning professional for the Lions in 2012. After gaining plenty of senior experience on loan with Staines Town, Luton Town, Aldershot Town and finally AFC Wimbledon in League Two, Goodman spent the 2015/16 season with Margate.

The following season saw him move on to Braintree Town and then a season with South champions Maidenhead United for their first campaign in the National League, making 43 appearances and helping the Magpies to the highest position in their history.

He moved on to Bromley in 2018, playing 22 times for them before an injury curtailed his appearances. Now back to full fitness, he made the short move to the Fleet in July 2020.