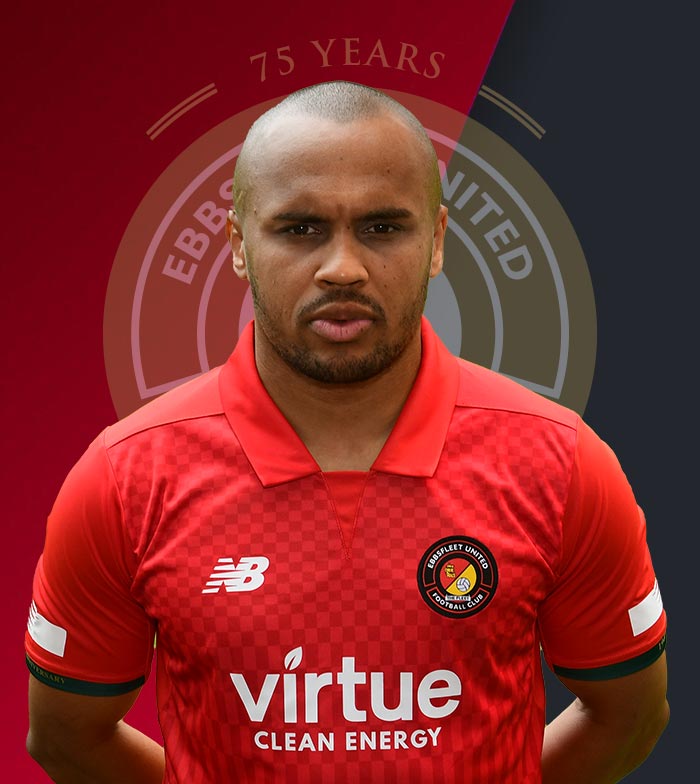 Pacy, strong front-runner signed from near neighbours Dartford, where he was named in the National League South team of the year in 2019/20. He began his career in Brighton and Millwall’s academies before tasting senior football with Three Bridges across four free-scoring seasons. He moved on to Lewes and then the first of three spells with Eastbourne Borough, a club for whom he scored 20 goals in just 25 starts in 2016/17. He moved to Dagenham & Redbridge for an undisclosed fee in 2017 and hasalso spent time with Torquay United, Welling United and Maidstone United. He was a key figure in the Darts’ 2019/20 success, scoring 15 goals in 26 games as he struck up a hugely successful partnership with former Fleet striker Darren McQueen that carried Dartford all the way to the National League South play-off final.

Aside from his obvious goals threat, the tireless Romain adds plenty of other attributes in and around the box, with good aerial ability as well as an energetic tenacity to unsettle defenders and create space for his strike partners.