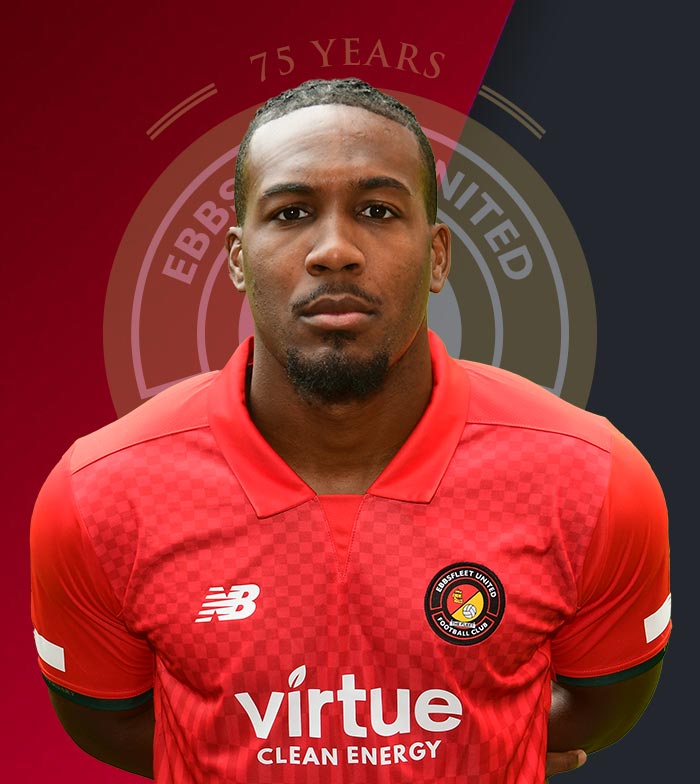 Experienced forward who has played more than 200 matches in the EFL, he signed for the Fleet in February 2021. An ex-Chelsea and Southend United youth player, he was the leading scorer in Leeds United’s U18s before turning out 36 times for the Whites across three seasons in the Championship from 2012-15.

Away from Elland Road, he spent four years in League One with Bury and Sheffield United on loan and then permanently with Oldham Athletic, AFC Wimbledon and Bradford City. An undisclosed fee took him on to Crawley Town on a two-year deal in 2018/19 after which he spent time with Newport County and Dover Athletic.

A very pacy centre-forward who can also play wide, he scored two goals in his opening three games for the Fleet before last season was halted.