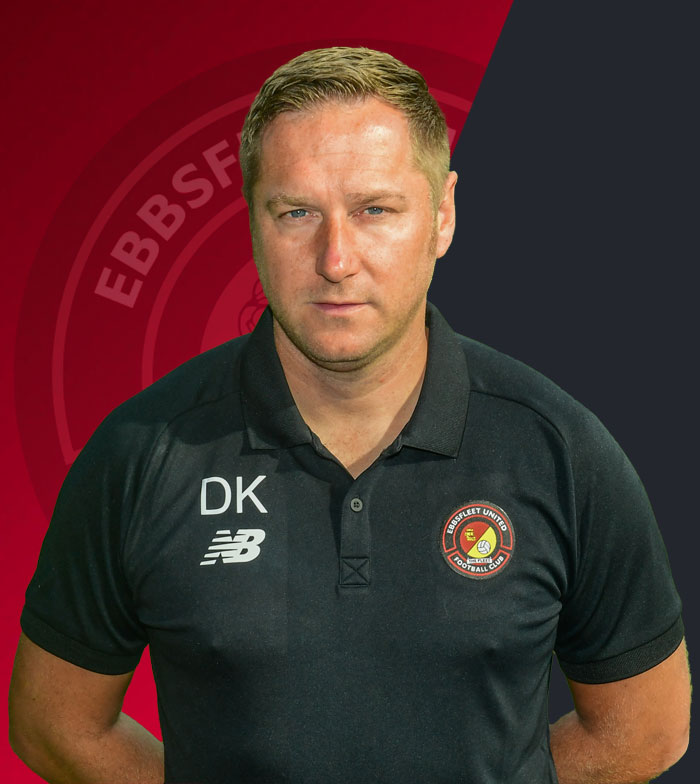 Very highly regarded coach recruited from the Berlin football scene by the Fleet in June 2020. As a player, Kutrieb operated in an attacking role for clubs including Tennis Borussia Berlin (TeBe), BFC Dynamo, Rot Weiß Oberhausen and Ludwigsfelder FC – and he moved into coaching, first finding success with VSG Altglienicke, who he took from the Berlin League to the fourth-tier Regionalliga Nordost.

His next move was back to TeBe, who he led to the Berlin Cup Final and second position in the league in 2018/19. In 2019/20, he topped the tough fifth-tier NOFV-Oberliga Nord with TeBe when Covid shut the season down, with the club later confirmed as champions and promoted to the fourth tier – a third promotion in a short period for the manager. Kutrieb’s side scored 61 goals and conceded just 17 times before shutdown occurred and leading German football publication Kicker anointed him with the title of ‘Erfolgstrainer’, a rare honour saved for the brightest up-and-coming managers across all divisions. That alerted the Fleet to his talents and Kutrieb eagerly accepted a move to England as the next step in his management career.